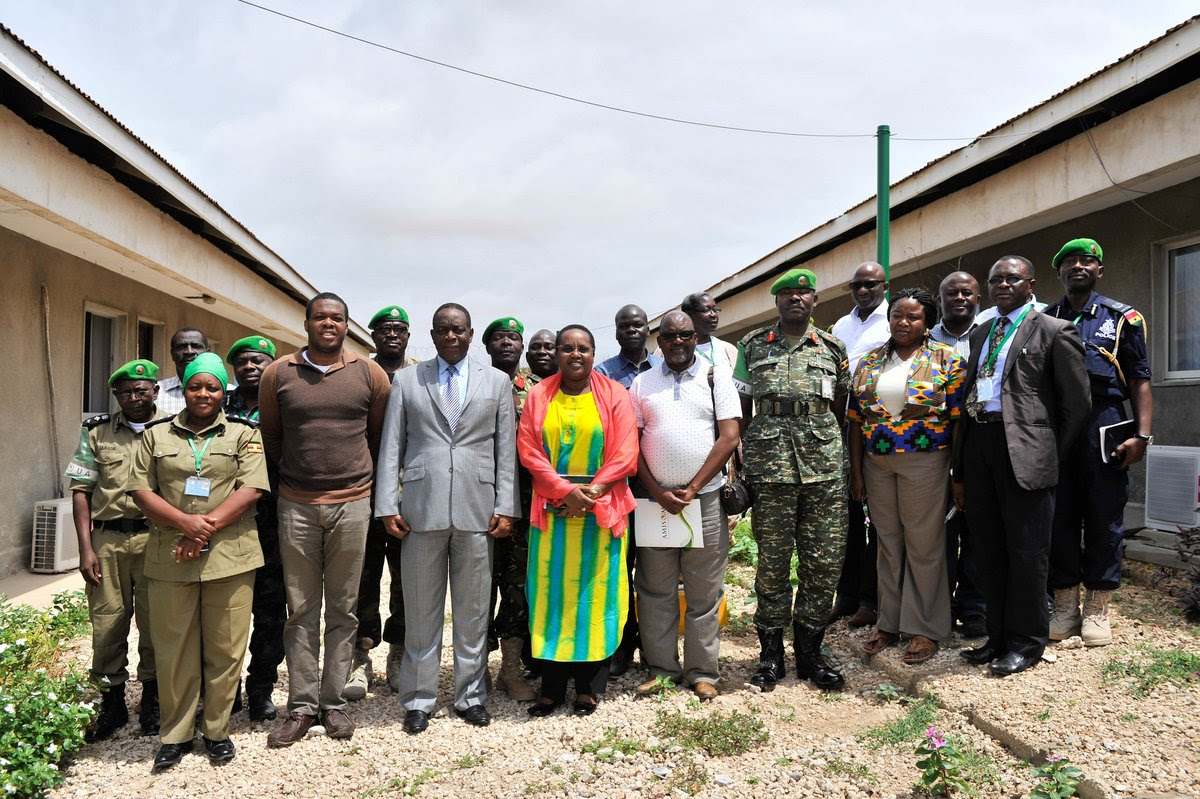 MOGADISHU (HAN) July 12.2016. Public Diplomacy & Regional Security News. A delegation from the African Union headquarters in Addis Ababa arrived in Mogadishu, Somalia today, on a pre-election assessment mission, ahead of the elections, scheduled for August and September 2016.

The four-member delegation is in the country to gauge elections preparedness and identify areas for further support.

“We are here to actually listen to all stakeholders, including colleagues in AMISOM as well as partners, particularly the United Nations Assistance Mission in Somalia. In this regard, we want to look at what is needed, then go back and look at how best the rest of the Commission can support the work of AMISOM, particularly with regards to the electoral process that is forthcoming,” Mr Olabisi Dare, the leader of the delegation said.

The delegation has also met with the Somali Deputy Prime Minister H.E Mohamed Omar Arte and other senior officials of the Federal Government of Somalia, who commended the African Union for the continued support to Somalia. Hon. Arte told the team that the Federal Indirect Elections Implementation Team (FIEIT) is working towards finalising the election schedule and laying down more definitive timelines for the electoral process.

The findings of the pre-election assessment mission will guide decisions of the African Union, on the scope of the election observer mission it plans to deploy in the country during elections.

“It is expected that once we scope the electoral landscape as it stands, we will know exactly what it needed and suffice to say that AMISOM has put in place an elaborate security system that will support the electoral process. This elaborate security system gives us confidence that indeed we could physically deploy in all the seven states in the Federation of Somalia,” Mr Olabisi added.

He emphasized that African Union’s support to Somalia will extend beyond the elections, to ensure the establishment of effective governance structures both at federal and regional levels.