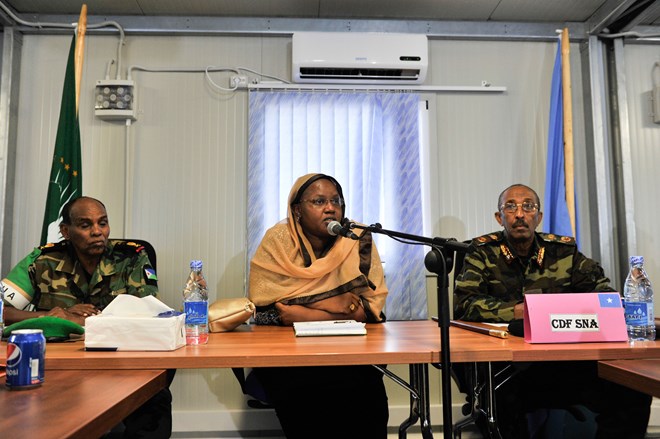 The African Union Mission in Somalia (AMISOM) has called on community members and youth to cooperate with police to fight radicalization and enhance peace and stability in the Horn of Africa nation.

AMISOM Chief Inspector John Marete told a community sensitization meeting on countering violent extremism in Beletweyne town that terrorism is the greatest threat to the Somali government’s efforts toward peace and stability, and keeping communities safe is the responsibility of both security agencies and the local residents.

The meeting, held Wednesday by AMISOM Police, is part of a series of meetings aimed at raising awareness of the importance of countering violent extremism ahead of an upcoming electoral process, which begins this month.

The meeting was attended by representatives of the business community, youth and women groups and the civil society. Plans are also underway to hold similar meetings in other parts of the country.

AMISOM Assistant Superintended of Police Cecilia Appiah Ampofo said the meeting would also give youth a clearer understanding of the negative impact of radicalization and violent extremism.