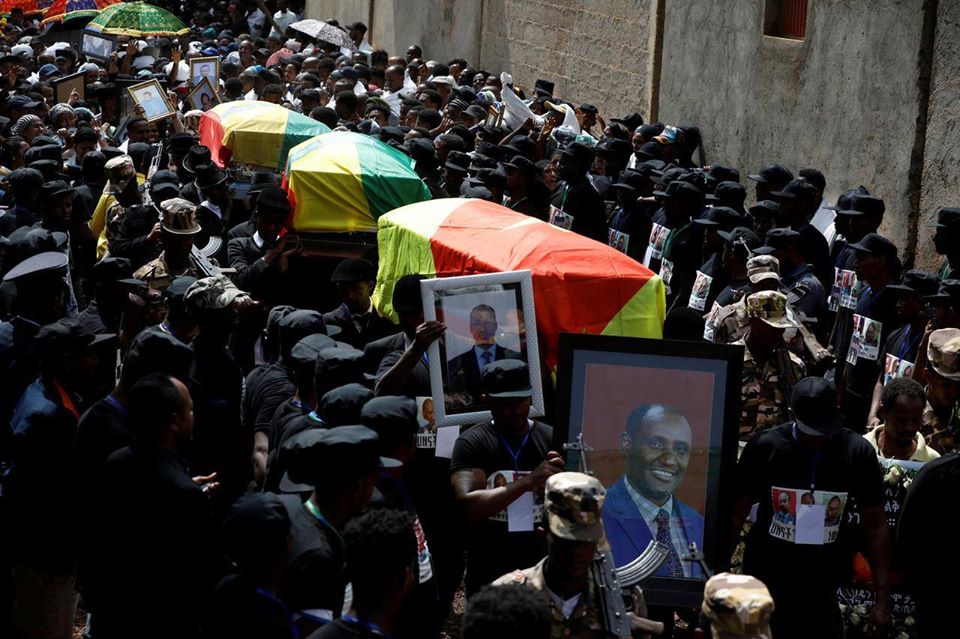 Bringing an end to the government’s vague, and at time confusing, description of the event, AG Berhanu also said it was “a coup attempt” and its preparations involved the use of a vast network of parallel security structure as well as government infrastructure and budget, an apparent reference to the involvement of individuals from within the federal and the regional government. It also involved “activists,” Berhanu said, adding 110 people were trained for this purpose for seven weeks, starting from April 2019.

The training included “training in sabotage, psychological warfare, spying, intelligence gathering, as well as military and urban organization,” among others, and were provided in various places including the capital Addis Abeba, Assosa, Hawassa, Afar region and various places in Amhara regional state. The training also involved former members of defense forces who were have either resigned or were reduced from the army.

Connecting the assassination in Bahir Dar and Addis Abeba, AG Berhanu said that the late Bir.Gen Asaminew had recruited an individual with a rank of Private from within the army and has called him to Gonder and “promised him money and a better position once they had controlled the government.” The unnamed Private was then told to inform Private Mesafint on the events happening in Amhara regional state.

The main purpose of organizing this network was to take measures against senior leadership of the national defense force, starting from its chief, General Seare. The investigation has also established that General Berhanu Jula, Deputy Chief of Staff and military operations head of the Ethiopian Armed Forces, was the next target for assassination, Berhanu revealed. “The assumption was that after hearing the killing of General Seare, General Birhanu Jula would show up at the venue upon which he would also be killed.”

It is to be remembered that PM Abiy Ahmed told local journalists on August 01 that the main suspect, Private Mesafint, who by then was still receiving treatment, has received a phone call from a third person in which he was informed of the killings in Bahir Dar.

A total of 15 people were killed and 20 were injured in the June incident.

Preparations were finalized to press charges against 68 suspects against whom material exhibits and technical evidences were collected, Berhanu said, adding that of the 68, 55 were from Bahir Dar and 13 were from Addis Abeba. Answering to Addis Standard, Berhanu said charges will be pressed sometime “this week.”

It is to be remembered that after initial conflicting reports, the government said Private Mesafint was injured at the scene & was admitted to hospital. He has since been discharged.

General Asaminew himself was killed on June 24 by state security forces in Zenzelma area, near Bahir Dar, the capital of Amhara regional state following a shoot out with security forces.