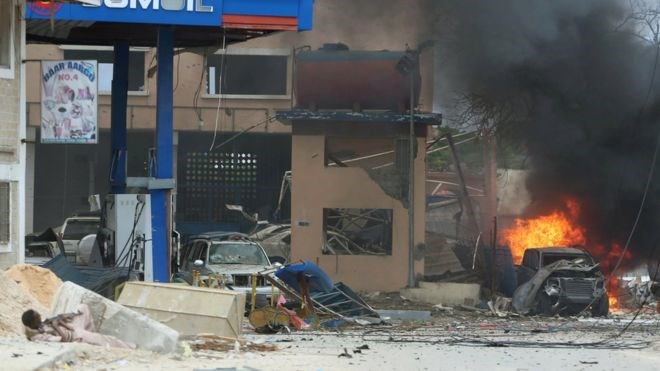 MOGADISHU, June 25 (Reuters) – An attack by the Islamist militant group al Shabaab on a hotel in the Somali capital Mogadishu on Saturday killed at least 15 people, a police officer said.

“At least 15 people died in the blast and 10 others were wounded. We have rescued many people from the back door,” police major Ali Hassan told Reuters, after militants first set off a bomb and then stormed inside.