Home frontpage Athletics: a Poor Relation even Before Doping Scandal 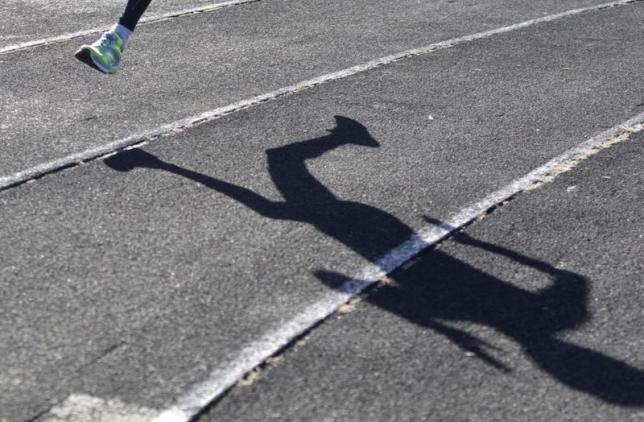 NAIROBI (HAN) November 11, 2015. Public Diplomacy & regional Security. Athletics was struggling to compete for funding with money-spinning sports such as soccer and baseball even before the latest doping scandal; but that task has now grown much harder despite the booming popularity of amateur running.

An independent commission of the World Anti-Doping Agency (WADA) alleged on Monday widespread corruption and collusion by Russian officials to cover up drug test results and identified “systematic failures” by the sports world governing body, the International Association of Athletics Federations (IAAF).

“This is a real punch to the jaw for athletics. Already it was a difficult sell. This is going to make it a very, very difficult sell,” said Andrew Woodward, a sports marketing consultant who was director of public relations for Olympics sponsor Visa until 2011. IAAF partner Canon Inc, the world’s biggest maker of cameras and printers, said it was disappointed by the reports of unethical behaviour in the sport and said it expected the IAAF “to respond swiftly and responsibly”.

Meanwhile, a spokesperson for China’s petrochemical corporation Sinopec, which is still listed on the IAAF website as an official partner, said that it had completed its cooperation with the organisation, and would need to consider whether further sponsorship was in line with group strategy. Athletics takes centre stage at the Olympics every four years but lacks a high-profile annual event and is a small fish in the pool for sponsorship and rights money dominated by the likes of soccer, baseball and basketball.

The flagship Diamond League series of events lost its title sponsor Samsung two years ago and has gone ahead without a title sponsor since. Underlining the relative status of the sport, Adidas , another IAAF sponsor, did not even mention the forthcoming Rio Olympics in its quarterly results presentation last week, as it focused instead on product launches for the soccer Euro 2016 competition.

Sebastian Coe, the former British Olympic champion and businessman who was elected IAAF president on a manifesto promising reform last year, has said he wants to overhaul the athletics calendar, attract more young people, restructure the IAAF commercial department and improve athletes’ finances. Coe, still a special adviser to Nike, headed the bid for and organisation of the 2012 Olympic Games in London.

The IAAF has struggled so far to capitalise on the booming popularity of amateur running. General U.S. running participation has grown 70 percent over the last decade, according to the National Sporting Goods Association. Adidas expects to double the size of its running business by 2020, while rival Nike predicts it can grow the business to $7.5 billion by end of its 2020 fiscal year from $4.9 billion in fiscal 2015.

However, Jamaican sprinter Usain Bolt, sponsored by Puma , is the only star from track and field to make it into the Forbes magazine’s list of the highest paid athletes, earning some $21 million annually, still putting him only 73rd in a list headed by boxer Floyd Mayweather on $300 million. The other best paid track and field athletes are mostly long-distance runners like Kenya’s Dennis Kimetto and Mary Keitany, both sponsored by Adidas, who benefit from the exposure and prize money from a busy marathon calendar.

A survey by the U.S. Track & Field Athletes Association showed that approximately 50 percent of athletes who rank in the top 10 in the United States make less than $15,000 annually from sponsorships, grant and prize money. Many athletes are forced to take full time jobs or a variety of part time work to continue their participation in athletics.

Britain’s Olympic heptathlon gold medallist Jessica Ennis-Hill, who is sponsored by Adidas, says she might have pursued a career as a sports psychologist if National Lottery funding had not allowed her to train full time. The scandal in athletics may be more damaging than that enveloping soccer body FIFA, since it goes beyond illegal profiteering and touches on questions of the sport’s legitimacy. Suppression, in return for payment, of test results showing athletes had used drugs means medals may have been awarded to cheats and more worthy competitors denied recognition.

The fraud is played out on track and field, sometimes before an international audience. “Obviously track and field is not a top-of-line sport except during Olympic years,” said Bob Dorfman, a sports marketing expert at Baker Street Advertising in San Francisco. “So any sort of scandal is going to hurt the event and is going to hurt it more just because legitimacy is such an issue.”

“It’s similar to the Tour de France. You talk about cycling and what scandal has done to that sport and how it is just not taken as seriously as it used to be. I would put it (track and field) in that same category.”