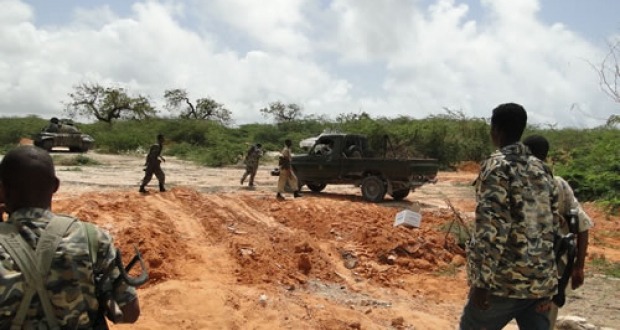 MOGADISHU (HAN) December 14, 2015 – Public Diplomacy and Regional Stability Initiatives News.  At least 10 people were killed on Sunday in fighting between rival clans in central Somalia, a local police official said. More than 20 people, among them women and children, were injured in the fighting which broke out in the town of Beledwayne early on Sunday, Mohamed Ali told dpa by phone.

“There are ongoing brutal killings and heavy fighting between two clan militias in the western neighbourhood of the Beledwayne town, the provincial capital of the Hiiraan region,” Ali said. Several houses and business places were damaged by heavy shelling and bullets from the warring militias, residents say. The Somali population is divided into clans and sub-clans that often engage in territorial disputes and political arguments.

Somali government troops and African Union peacekeepers are in the area, trying to stop the clashes. “We have to intervene the current situation by forcing both warring groups to stop fire,” a senior AU commander in Beledwayne, who asked not to be named, told dpa by phone. Source: news24