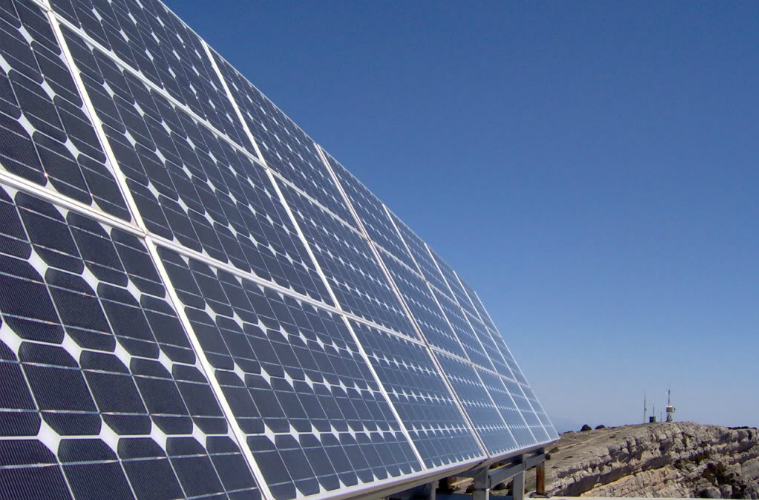 By Kagondu Njagi. EMBU, Kenya, Dec 8 (Thomson Reuters Foundation) – Violet Karimi spends her days as she always has, attending to household chores and working on her farm.

But when the sun goes down, she now has a second job, thanks to the arrival of solar lights in this town in eastern Kenya.

Each evening the widow leaves her three children studying at home by the light of a solar lantern and takes fruit and vegetables harvested on her farm to sell in Embu’s open air market.

“I collect my stock and head to the market where I trade until late in the evening,” said the 36-year-old. “This is possible because the solar lights in the market and the rest of Embu town are switched on the whole night.”

On a good day, she said, she can bring home as much as $30 – at least three times as much as she could sell in a shorter evening, before the lights made longer trading hours possible.

“Customers want to shop in the evening because that is when they leave work,” she said. “The solar lighting has encouraged them to stay and buy as long as they like.”

Solar energy – for lighting and to power businesses – is gaining a foothold across rural Kenya. In towns like Embu it is opening the way for new businesses, or new business hours, and giving families a chance to boost their incomes.

Karimi says the solar lights that shine over the Embu market each evening have other benefits as well. Even after working late into the evening at the market, she feels comfortable hiring a motorbike taxi to take her home.

“The streets are well lit with solar energy and so I am not afraid of traveling at night because there is security,” she said.

Others in Embu County have seen benefits for their businesses from the installation of the small solar grids, which collect solar energy, store some of it in batteries for use at night, and distribute it to customers.

Joe Njiru pays $10 a month to the Embu County solar micro grid, but makes five times as much from his bar business, he said.

Two years ago, few customers would stay past 8 pm, he said. The bar had a power connection to the national grid, but was often beset by power outages.

“Every day there were blackouts in the evening because that is when people with illegal connections would interfere with electricity as they tried to switch on,” said Njiru. “Customers could not stay long because they feared to be mugged on their way home.”

Energy company officials also sometimes visited to disconnect his power, saying he had not paid his monthly bill, Njiru said.

Now he uses a mobile phone banking system, M-Pesa, to top up his monthly credit.

“For us, investing in the solar project is a double win,” said Embu County Governor Martin Wambora. “Solar energy is cheaper to maintain in the long term and puts us in solidarity with the world’s push for a global green economy.”

That’s not to say solar energy is working for everyone. Susan Muthoni, for instance, would like to invest in a laundry business.

But to power a washing machine and a refrigerator for serving soft drinks to customers she would have to pay as much as $150 every month in energy costs to the Embu County micro grid because of the large amount of energy the items consume.

A typical solar energy customer, who uses the power to light up their home and run a welding business, pays about $10 a month, said Francis Muchiri, the communication and knowledge management officer with Advocacy for Gender and Energy in Kenya.

“This is where development partners should come in and support solar micro grids with finances so that they can be able to expand their generation and storage capacity,” said Lois Gicheru, the chief executive officer of Solafrique Ltd., an enterprise that works with African communities to help them access renewable energy.