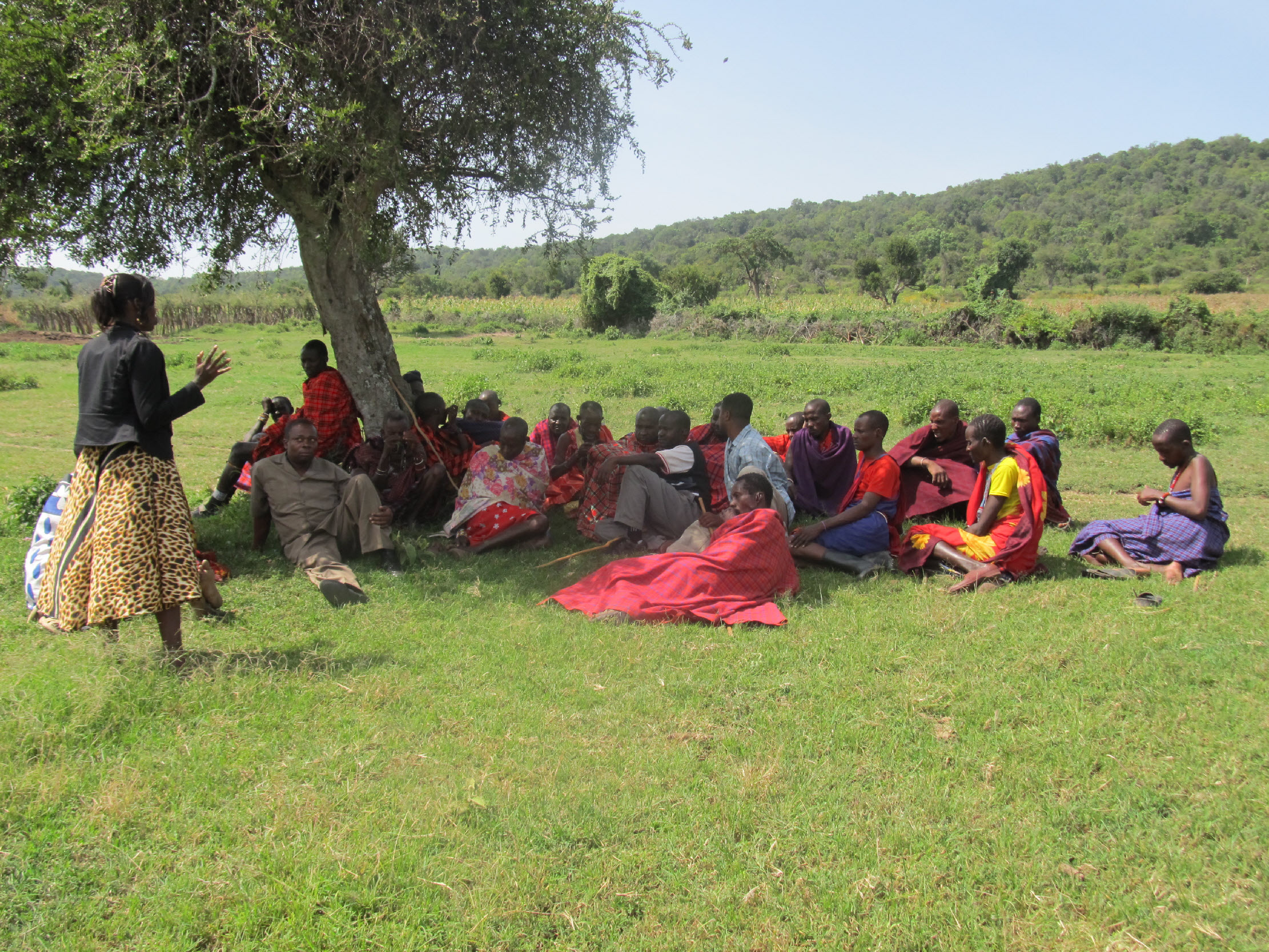 ENAIBOSHO (HAN) July 26.2016. Public Diplomacy & Regional Security News. By Justus Wanzala. On a cold afternoon, three women are gathering dry grass and feeding it into a hand-operated baling machine. In no time, a bale of hay emerges and is hefted onto a waiting pile partially covered with plastic sheeting.

But communal grazing land in Kajiado County, where they live, is fast vanishing, as a result of sales, division of land and rapid urbanisation, with Kenya’s capital, Nairobi, not far away.

That, and worsening drought, has forced pastoralist families to turn to more sedentary lifestyles to survive – ones that have in many cases given women a bigger role in livestock raising, once the domain of men.

“Decades ago, it was men’s role to search for pasture for the livestock but of late women are looking after livestock,” Kokwai said.

The change has come as land has shifted from communal to individual ownership, Nkaru said.

“People were told that to utilise the land better it must be subdivided into individual holdings,” she remembers. “This brought the craze for title deeds and emergence of enclosures.

“Suddenly we were being told that animals entering a neighbour’s land could attract a trespass fine from their owner. It was crazy,” she said.

But dividing communal land has favoured the monied at the expense of ordinary pastoralists and led to growing inequality, Nkaru said.

“Suddenly we had people with thousands of acres while others had to contend with a few hundred or less,” she said.

In male-dominated Maasai society, the divisions also meant that land was registered to men – who soon discovered it was a lucrative money-maker. According to Tonuo, many families suffered as men secretly sold some family land.

With less land for livestock, destitution is now on the rise, she said. “This has created break up of families and the rise of individualism, with children suffering malnutrition while others drop out of school,” Tonuo said.

To survive, the community’s women have sought out alternative ways of earning money, some of which are challenging traditional gender roles.

The three women baling hay are members of the Enkusero Pastoralists Group, whose membership is predominantly female. Based in Kajiado East, they are finding new ways to feed cattle that now lack sufficient land to graze as they once did.

Members of the group, supported by the Neighbours Initiative Alliance (NIA), a non-governmental organisation that assists vulnerable members of the pastoralist community, have begun growing fast-growing grass pasture to harvest for hay or silage, and planting caliandra trees with leaves useful as fodder.

The new fodders are then used to feed animals in drought periods, when the pasture available is no longer sufficient and traditional migration is difficult, or sold to bring in cash.

Members also buy livestock in drought periods, when many herders are selling, to fatten and sell to slaughterhouses.

Tonuo said the alliance, in partnership with the U.N. Food and Agriculture Organization, has also helped them build a silage storage facility.

The group’s more than 30 members also have bought dairy cows and are now producing milk that is sold to the Kenya Cooperative Creameries.

“We run commercial ventures and the money we generate is able to meet our needs and buy supplementary feeds for our livestock,” said Tonua, who heads the Enkusero Pastoralists Group.

Besides working with livestock, including chickens, the group has installed rooftop rainwater harvesting systems, and uses the water to produce vegetables with drip irrigation.

“We feel empowered and we are also teaching our children self reliance,” Tonua said.

Joyce Saiko, an NIA programme officer, said the Maasai community has been reluctant to abandon pastoralism, despite the mounting challenges.

The women’s group changes, however, suggest that some aspects of the Maasai lifestyle can be maintained in smaller spaces by finding new opportunities to earn cash, she said. Those include things like bee keeping and cultivation of irrigated vegetables.