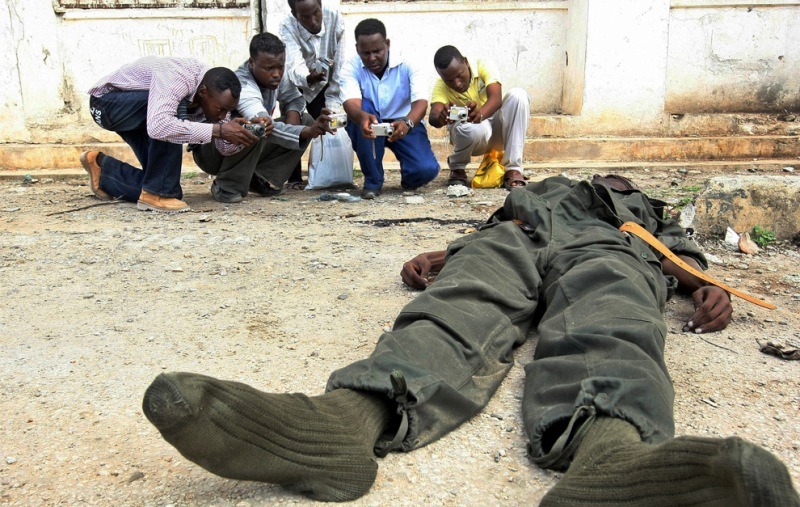 Washington (HAN) May 21, 2014 – Expert Analysis, Your Power & Regional Influence Magazine. The Opinion Academic Paper by: Mohamed Hassan Fidow.  Over the past two years, Somalia achieved significant recovering from decades of conflict, humanitarian disasters and lack of permanent governance. In 1990, following the fall of the Siad Barre military regime, the country failed to form a viable government and devolved into a civil war which lasted over 23 years.

Repeated deadly attacks by al-Qaida liked terrorist group al-shabab, lack of good governance, clan based politics and poverty have made this nation remain into the world’s 10 most dangerous countries over the years , but the hope is not as dead as it was just several years back.

Somalis living abroad are the frontrunners of an unprecedented upheaval currently being witnessed in Somalia, Mainly, the sea-side capital, Mogadishu.

As thousands retuned with the wiliness to live in their ancestral home, others are forced by hardships, they constantly face in neighboring countries.

Authorities in neighboring Kenya, which hosts almost 500,000 refugees and asylum seekers mainly from Somalia, have been recently pushing ahead with a security crackdown — targeting terrorists- namely al-shabab and their alleged supporters.

Fed up with being the targets of police raids and security sweeps in Nairobi’s Eastleigh Somali neighborhood, many Somalis have decided to return home, from where they had fled for their lives. Others were rounded up and forcibly deported.

But “every cloud has a silver lining” the Somalis returning from Kenya are already joining adding to the moving force towards the country’s rebuilding.

Most of them have started refurbishing and building their homes to fresh start a life in a country they feel they own.

New western-style hotels and restaurants have been built; the construction of many other buildings is under way, and people are rushing to revive a hope in a beleaguered city, hugely torn apart by civil strife.

Moreover, Charity organizations from Turkey, United Arab Emirates, Qatar and others have started carrying out development projects in Mogadishu and several other main cities in the country’s south and central regions.

New hospitals and schools have been constructed and old ones rebuilt.

Turkish engineers, local enterprises and architects are helping Somalia’s firm lay a foundation of scalable technology infrastructure –notably when it comes Mogadishu’s tarmac roads, the airport and the port ravaged by more 22 years of urbane warfare.

Somalis returning from the United States, Europe and elsewhere are serving as an important engine of growth and development in their home country.

Today there are hundreds, if not thousands, of businesses owned by members of Somali Diaspora community and they employ hundreds of local people.

I think this business revolutionary can maximize the ongoing collaboration and shared expertise between Somali business communities from abroad and those who have been struggling in the country and it also can increase economic opportunity and jobs in the market place.

Mogadishu, once nicknamed “Hamar Adey” for its beauty and the white paintings of its buildings, is again reflecting its image. On the other side though, some demoralizing things are the challenges, not only for the capital’s full recovery, but also the healing of the entire sick-ridden nation.

The challenges include repeated political disputes based on clan or individual interests, security, judicial reform, public financial management, an interest based involvement of the neighbors and the AMISOM troop contributing countries.

According to the experts and analysts, the biggest curse Somalia is currently having is a political instability.  As of the most recent evidence, more than 130 Somali lawmakers called the country’s president Hassan Sheikh Mohamud to resign, accusing him he failed to fulfil his promises for the nation.

I think this was one of many wake-up calls for Somalis and its world partners who ideally agree on that Somalia’s gradually and slowly moving wheels  need to be accelerated, instead of another setback.

Although Somali remained a forgotten nation since the infamous Battle for Mogadishu in 1993, when the United States has constrained its engagement in the Horn of Africa, now it has amble opportunities to the path on brighter and better future for its people.

Among the opportunities are U.S. recognition of Somali government for the first time in more than two decades, Somalia’s world partners now opening up doors of diplomatic relations and cooperation, and most importantly the fact that Somali people are fed up with lawlessness and the barren clan based political system.

I think if these opportunities are cautiously capitalized, they would set the conditions that will allow Somalis to secure a more prosperous and secure future.

Let us say for instance, the country’s leadership is not performing well to carry out the tasks entrusted upon them. Is it the best time to create a political confusion as the country moves towards scheduled election in 2016?  Can that be a chance for al-shabab to regroup and mobilize their resources? Are parliamentarians rest assured that a better and effective president would step into the shoes of Mr. Mohamud, if he is get rid of? What would that mean to the reviving hope for Somalis?  Make no Mistake. All these questions really need considerations.

If self-interest free MPs put these questions on the floor and look at them honestly, I am 100% sure that their conclusion would be “choosing two devils the less,” But if clan based visions and opportunistic campaigns are boiling within the parliament, it is clear that political turmoil is inevitable to evaporate.

MPs would then keep abusing a position of public trust, bringing parliament and the executive leaders into unnecessary disrepute and casting a cloud of suspicion and mistrust on the majority of MPs who are perhaps honest, patriots and hardworking scholars.

Some people or organizations might suggest Somalia is the worst country on Earth. Most recently, a report published by Save the Children described the country as “The worst on Earth to be a mother”. However, Somalis in Somalia ideally oppose that. They believe that things are much better than how it was few years ago.

Hopes are reviving, farmers are starting to cultivate their fields, the business is flourishing, and al-Shabab the country’s major security obstacle is failing

But putting personal and clan interests ahead of those for the people and the nation are common drama on Somalia’s political theater and that always hurts the hopes on the horizon.