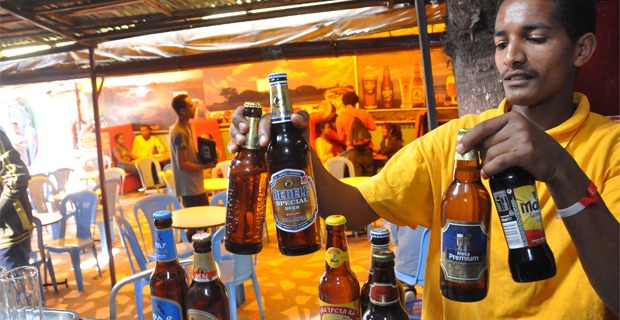 SABMiller has repeatedly rejected offers from its largest rival, AB InBev, over the past few weeks, saying the offers undervalued the company. But today, the directors of SABMiller finally agreed to a £44 per share takeover deal.

This deal would rank among top five mergers in corporate history, as the merger will result in a brewer that will control almost a third of beer sales around the globe.

The latest all cash offer surpasses yesterday’s proposal of £43.50 per share, 50 percent above SABMiller’s share price on September 14, a month ago, just before speculations of an approach from AB InBev surfaced. This offer also contains a provision for SABMiller shareholders to get dividend payments, something the past offers didn’t include. The initial takeover offer from AB InBev was £38 per share.

The Belgium based brewer has two weeks to come up with a formal offer under the UK takeover rules. During this period, both companies will work on the terms and conditions of the takeover offer as well as the financing of the deal.

A merged company would result in an annual sale of $73.3 billion, dominating Heineken, its next biggest player, which has 9 percent of the market.

The acquisition of SABMiller is crucial for AB InBev’s launch into the African market where it has virtually no presence. A deal enable it’s spread  into the African and Australian markets, adding to it’s already dominant presence across Belgium, America, and Latin America. venturesafrica