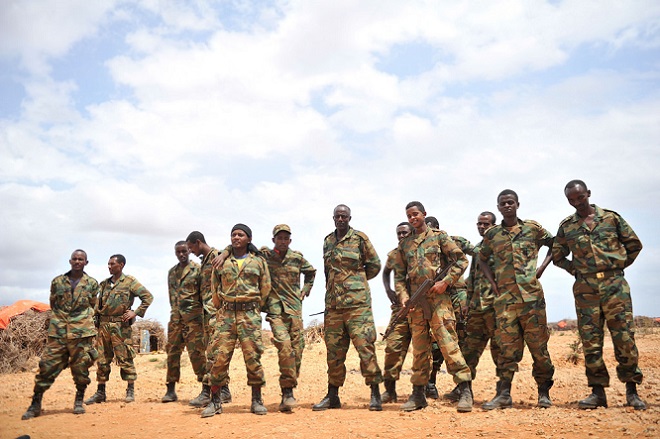 That was one civilian death more than those attributed to al-Shabaab “or unidentified persons” in the same period, according to the UN secretary-general’s report to the Security Council.

Somalia’s national army and police were responsible for 55 civilian deaths, while 37 more died at the hands of Amisom, the review stated.

The 20-page report enumerates some of the civilian killings carried out by al-Shabaab, but it does not describe any of the incidents of civilian casualties involving Amisom or Somali security personnel.

The UN says that its mission in Somalia “continued to engage with Amisom on reported allegations of violations of human rights and humanitarian law”.

Insecurity remains rife in much of Somalia, the report suggests.

“In Mogadishu,” the UN recounts, “al-Shabaab stepped up the use of car bombings with the intention of perpetuating a sense of insecurity among the public during the electoral period.”

“In central and southern Somalia,” the report adds, “al-Shabaab continued to engage in guerrilla warfare and occasionally deployed fighters to carry out complex attacks.”

Delays of more than a year in payments to Somali security personnel are contributing to the poor security situation, the UN indicates.

Salary arrears estimated at up to 13 months for soldiers and 15 months for police officers “remain a key concern and a major incentive for personnel to desert or, worse, defect,” the report says.

It adds, however, that donor-funded stipends are paid regularly to the national army, the federal police and 1,000 regional police officers in Baidoa and Kismaayo.

The report does not disclose the amount of those stipends.

It further cites “the parlous state of the trust funds for Amisom and the national army,” calling their low levels a “grave concern”.

At the end of the November, only $400,000 remained in the fund that provides financial support for Amisom.

The balance of the Somali army fund stood at $13.7 million, the report noted.

“Additional contributions from partners are critical to enabling Amisom to achieve its mandate and ensuring a smooth transfer of security responsibilities to the Somali security forces,” the UN chief said.