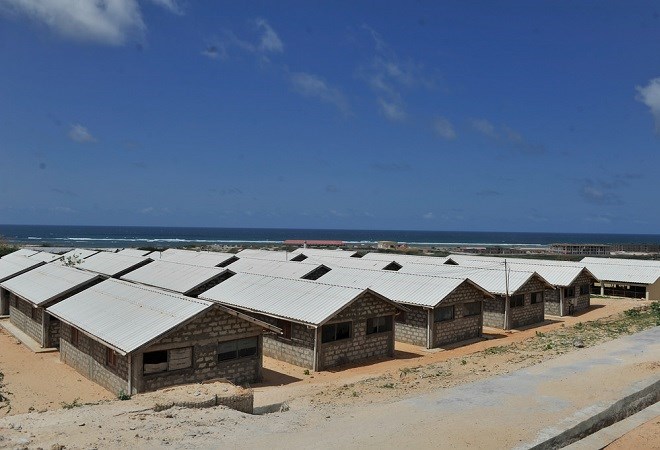 Ambassador Francisco Madeira, the Special Representative of the Chairperson of the African Union Commission (SRCC) for Somalia, commissioned the facility, which will be used to train soldiers on urban warfare, at the Jazeera Training Centre in Mogadishu.

The facility, whose construction began in December last year, consists of a collection of buildings that mimic an urban or a built-up fighting area.
Explaining the purpose of the facility, AMISOM Acting Force Commander, Maj. Gen. Mohammedesha Zeyinu, said fighting in built-up areas is peculiar and requires specialised training. 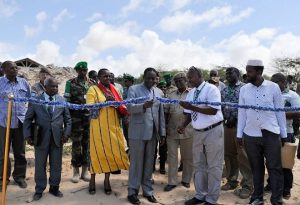 “Such kind of training facility is very important to train and build our soldiers physically, mentally, and psychologically in order to enable them overcome different manmade and natural obstacles that they may find in built-up areas,” said Maj. Gen. Zeyinu.

The opening of the facility was witnessed by officials from AMISOM, the European Union Training Mission (EUTM) in Somalia and high-ranking officers from the Somali National Army.

Ambassador Madeira who toured the training centre said he was impressed by the ongoing progress of construction works, aimed at expanding the centre.

He said training of Somali military personnel is a key part of AMISOM’s mandate and is essential in helping achieve the exit strategy for African Union troops. The SRCC also hailed the European Union and United Nations for supporting military training programmes in Jazeera. 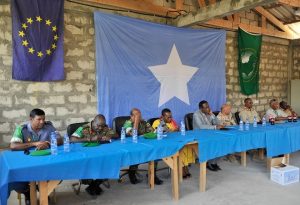 “Without trained Somali soldiers and officers, we will have a lot of difficulties to leave you without an army that will be capable of securing the Government, the administration, the population and the infrastructure. So, that puts a dilemma on us. You need to train well and train quickly and be motivated to continue the work that we have been able to do,” said Ambassador Madeira.

Al-Shabaab militants have been going for soft targets in urban areas and both AMISOM and the Federal Government of Somalia have vowed to work together to defeat to the asymmetrical warfare adopted by Al Shabaab.