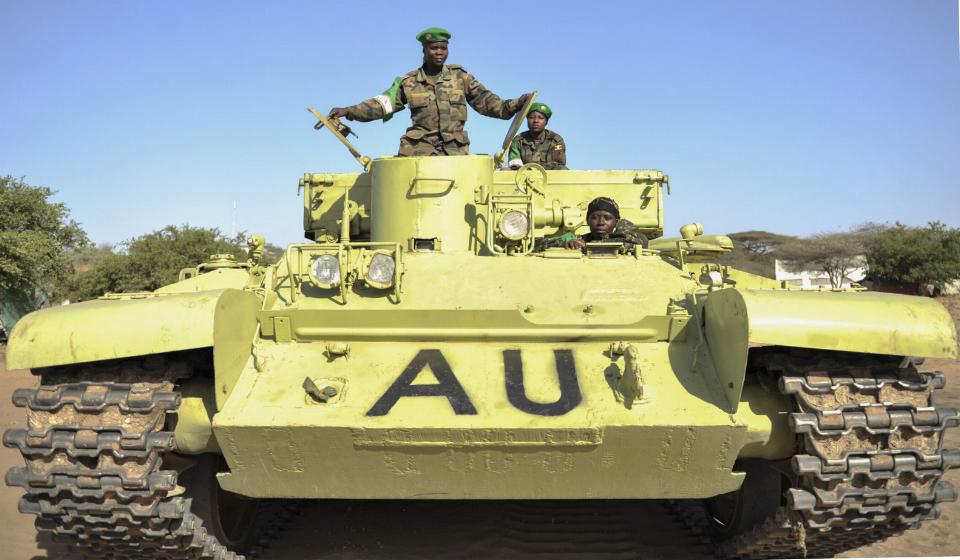 Maj. Gen Lakara visited the Halgan Forward Operation Base, in Hiiraan region, a day after troops from the Ethiopian National Defence Forces (ENDF), serving under AMISOM, thwarted a dawn attack by Al Shabaab, killing more than 100 militants. Maj. Gen. Lakara was received at the base by the AMISOM sector four Deputy Commander, Col. Ayenom Mesfin, who briefed him on the operation and took him on a guided tour of the camp where a huge cache of arms seized from the attackers was displayed. The battlefield was still strewn with bodies of slain Al-Shabaab fighters.

“Let me congratulate Col. Ayenom and the troops for doing a very commendable job. Al-Shabaab has been exploiting AMISOM weaknesses but over time we have been able to learn lessons and share the experiences and this is evidence of the troops being able to pick those lessons from previous experiences,” he noted.

The Acting Force Commander said AMISOM had come a long way and will continue to ensure the weaknesses are addressed. “This is a big catch; the communication gadgets, machines guns and the B10’s and of course the terrorists as well. It is massive,” he said in an interview moments after touring the battleground.

Col. Ayenom revisited the bloody Thursday, saying Al-Shabaab had attempted to overrun the camp but found AMISOM soldiers more than ready for battle, forcing the terrorists to flee after suffering major casualties. The fighting lasted more than four hours.

“We were attacked by about 400 enemies from four different fronts at dawn and the fight ended after 9:30am,” the Sector Four deputy commander said.

Apart from killing more than 100 Al-Shabaab fighters, the Ethiopian contingent managed to recover an assortment of weapons among them rocket-propelled grenades, AK 47 rifles, hand-held radios and anti-aircraft guns. Maj. Gen. Lakara addressed the soldiers and praised them for their commitment and resilience in defeating the terrorists.

“I am going to report to the Special Representative of the Chairperson of the African Union Commission for Somalia and Head of Mission that you have done a commendable job. I have seen the evidence on the ground”, he added.