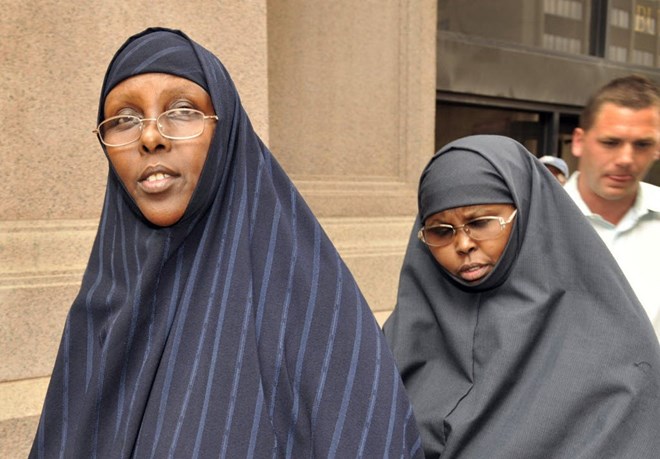 U.S. District Judge Michael Davis on Thursday ordered the early release of a 73-year-old Somali American woman whom he sentenced to prison in 2013 for providing aid to al-Shabab, a U.S. designated terrorist organization.

Hawo Mohamed Hassan was scheduled to be released in January 2021, but Davis said in a memorandum that she was eligible for early release under federal sentencing guidelines that cite “extraordinary and compelling reasons” due to medical conditions, including deteriorating health and the threat of COVID-19 in federal prison.He noted that Hassan has hypertension, hyperlipidemia, osteoarthritis, PTSD, thyroid disorder and possibly prediabetes.

“Defendant argues these medical conditions are recognized risk factors that increase her risk of life-threatening consequences if she is infected with COVID-19,” Davis wrote. He wrote that her age and medical conditions “place her in a high risk category that warrants relief.”

Davis also concluded she was unlikely to reoffend at her advanced age.

Hassan is incarcerated at the United States Penitentiary Hazelton in West Virginia.

Assistant U.S. Attorney Jeffrey Paulsen argued in a memorandum filed Aug. 5 that Hassan should not be released, saying there were no COVID-19 cases at Hazelton at this time, although three staff members have tested positive but recovered. He contended Hassan was “relatively healthy for her age” and pointed to the seriousness of her crimes.

Hassan, a U.S. citizen, was convicted in 2011 of conspiring to provide material support to al-Shabab by raising money in Rochester for what prosecutors called “a deadly pipeline” of money and fighters from the United States to Somalia.

Kathy Manley, Hassan’s attorney from New York, wrote in a July 17 memorandum that the U.S. House Judiciary Committee urged on March 19 that all existing authority be used to reduce the number of people in federal prisons, particularly those over 65 or who have health conditions putting them at high risk from COVID-19.

Besides her medical conditions, Hanley wrote, Hassan “expresses regret for her offense and has changed her views” and “poses no danger to any person or to her community.