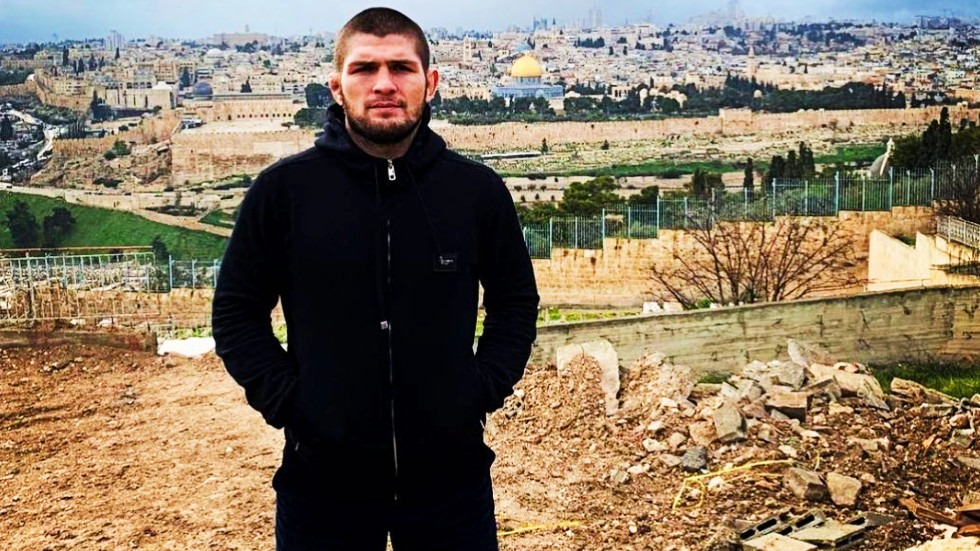 Share on Facebook
Tweet on Twitter
UFC icon Khabib Nurmagomedov has been inundated with praise after asking his fans to pray during the ongoing conflict between Israel and Palestine, sharing a snap of himself in the region while calling for “understanding”.

Devout Muslim Nurmagomedov is keenly aware of the religious importance of the area, discussing the “holy land” in a post to his Instagram following of well over 28 million.

Portraying himself staring at the camera, he acknowledged that the troubling conflict had made it “hard at the present time to comply with the scriptures and at least do good deeds.”

“After all, we are all hostages of our own actions,” he reflected. “May Allah give us all understanding and the right path, [for] those whom Allah has blessed, not those who are angry, and not lost.”

Adding emojis of hands praying and the Palestinian flag, he urged: “Do not forget Dua [to pray] for our oppressed Palestinians in these difficult times for them.”

Russian UFC stars Shamil Gamzatov and Magomed Ismailov, Professional Fighters League welterweight Magomed Magomedkerimov and MMA fighter Zurab Betergaraev were among those to endorse Nurmagomedov’s views in a post that amassed well over 1.5 million likes in around 15 hours.

Fans on Twitter said that the retired lightweight king’s post was a further demonstration of why he is widely regarded as a sporting great.

“While the snakes and hypocrites were at work, the King only posted and gave his time to the things that matter,” said one MMA enthusiast, calling Nurmagomedov “the wise Eagle of Dagestan”.

Nurmagomedov has repeatedly used the immense reach of his social media platforms to post about the conflict since it began. Earlier this week, the 32-year-old shared a graphic that read: “You don’t need to be Muslim to stand up for Gaza. You just need to be human.”