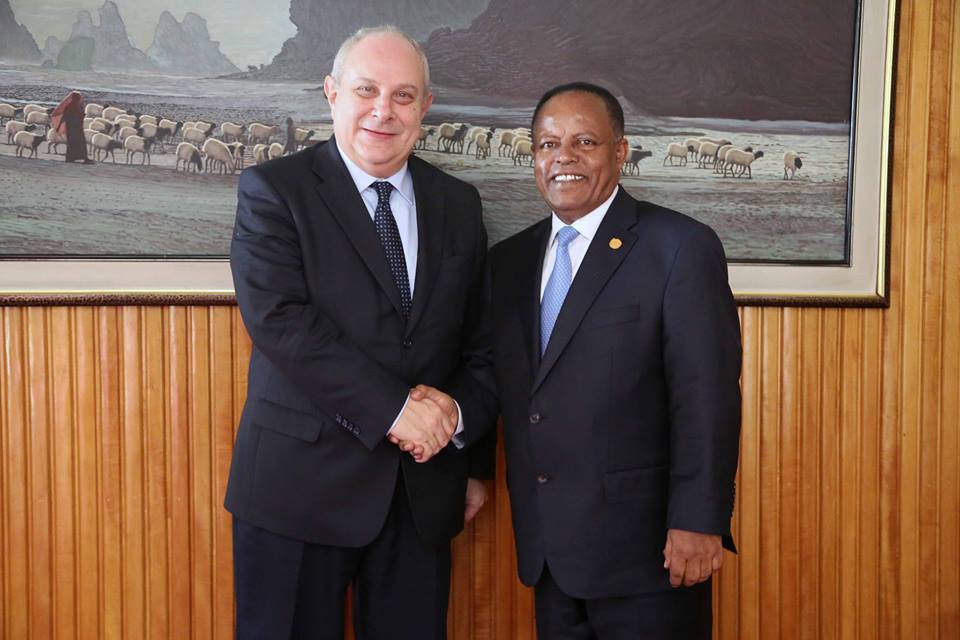 This Discussion was held following the meeting held between Ethiopian Foreign Minister, Dr. Tedros and his Italian counterpart Mr. Paolo Gentilino on September 21/2015 at Milan, where an agreement was reached to cooperate on migration.

The bilateral talks mainly focused on helping and rehabilitating refugees who enter Ethiopia as a result of the instability and drought in the region. The cases of Somali, Eritrean and South Sudan Refugees were the main issues of concern.

Ambassador Taye Atskeselassie pointed out that the cause and source of migration has been identified but never given a concrete solution, adding that deliverable projects needed to be initiated in due course. He further said the issue of migration is a major concern in Ethiopia, noting that currently over 700,000 migrants from South Sudan, Somalia and Eretria are residing in Ethiopia.

Therefore, he said, in order to address this pressing issue, a national committee led by the Ministry of Foreign Affairs has been established. Stressing that migration remained to be a common agenda, H.E Mr. Mario Giro, Vice Minister of the Italian Ministry of foreign Affairs and International Cooperation also called on working on common solutions.

He reaffirmed Italy’s readiness to cooperate with Ethiopia in addressing migration and mobility issues in bilateral and multilateral forum. He also appreciated Ethiopia’s opn doo policy to refugees coming from regional countries. The two sides also exchanged views on peace and security of the region.MFA