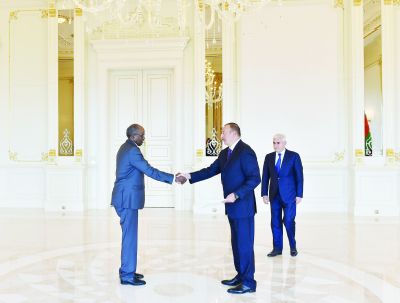 Ambassador Petros conveyed a message of goodwill from President Isaias Afwerki to President Ilham Aliyev and the people of Azerbaijan. He further expressed readiness to work towards strengthening relations between the two countries.

President Ilham Aliyev on his part expressed his country’s readiness to reinforce the existing relations between his country and Eritrea, especially in the domains of culture, economy and trade. President Aliyev also wished good health to President Isaias Afwerki as well as peace and stability to the Eritrean people.