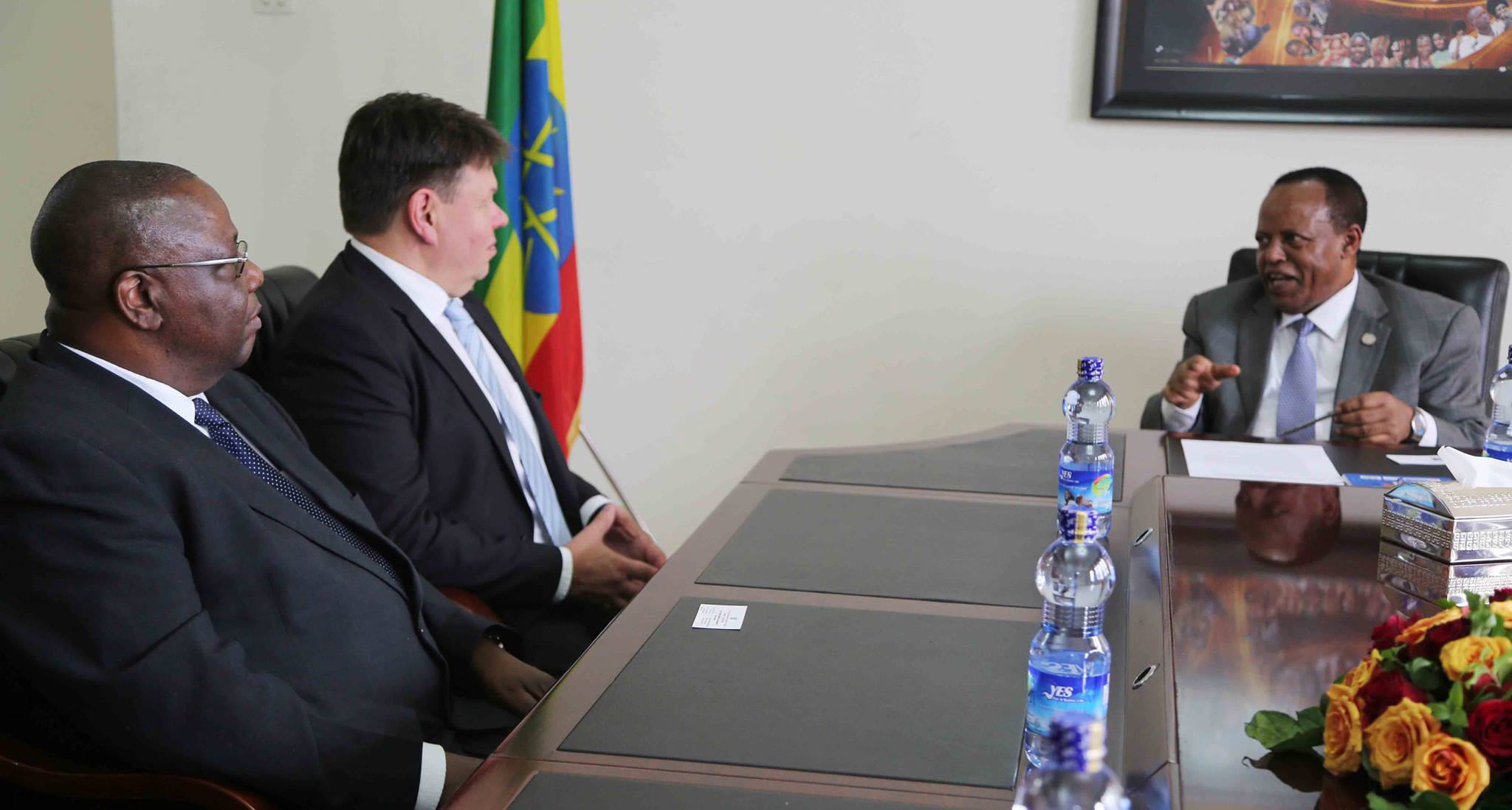 ADDIS ABABA (HAN) May 24.2016. Public Diplomacy & Regional Security News. State Minister Ambassador Taye Atske-silassie met Professor Petteri Taalas, Secretary General of the World Metrological Organization (WMO), on Tuesday (May 24). The meeting discussed the issue of relocating the World Metrological Organization Regional Office for Africa from Geneva to Ethiopia and the ongoing cooperation between WMO and Ethiopia. Ambassador Taye welcomed the decision of the WMO for selecting Ethiopia as the seat for the regional office for Africa.  The State Minister said the Horn of Africa region was vulnerable to both drought and flooding and to the effects of climate change.

The opening of the office would contribute to early forecasts and improved preparedness against natural disasters. Ethiopia, he said, has been engaged in extensive rural development including expansion of infrastructure, a major afforestation program, and terracing all of which contributed to minimizing natural challenges. He noted that if Ethiopia hadn’t built up the infrastructure in the recent drought affected areas, the situation there would have been far worse. Professor Petteri Taalas commended Ethiopia’s efforts in dealing with climate change issues and noted that the WMO had decided on Ethiopia as the seat of the regional office for Africa. This is expected to be opened next year.

The Office, said Professor Taala, would contribute economically as well as enable the country to improve its position in regard to early preparedness on climate change issues. He also noted that the WMO would be able to contribute to technology transfer for Ethiopia and other countries. The World Meteorological Organization (WMO) is a specialized agency of the United Nations with 191 member states. Its African office was in Burundi but moved for security reasons.