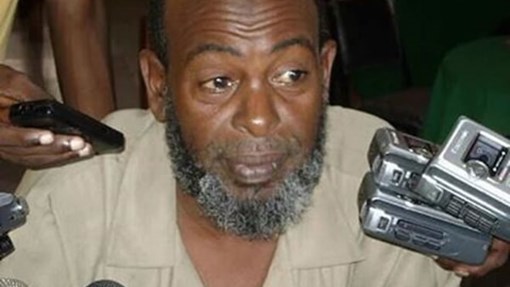 The attack on the AMISOM’s Halane base was the latest by al-Shabab, which wants to topple Somalia’s internationally backed government and rule the Horn of Africa country.

Al-Shabab regularly attacks AMISOM, which is made up of about 22,000 military personnel from Uganda, Kenya, Ethiopia and other African countries helping to support Somalia’s government and army.

In a pre-recorded audio message released on Wednesday by the pro-Shabab radio station Andalu, Ismail said: “This is my last message to my fellow Muslims. I am prepared to launch this attack against the infidels with expectation of martyrdom from Allah.”

Ismail left government in 2010 to join al-Shabab after serving as a parliamentarian for a decade, accusing the government of abandoning religious principles.

Ismail, who was from Somaliland, joined parliament in 2009 as one of 275 Islamists nominated by Sheikh Sharif Ahmed, the then Somali president.

“Salah defected from the parliament in 2010, joined us and repented, and he became a martyr today,” Abu Musab told Reuters news agency.

“The current so-called Somali government lawmakers should follow suit. We are telling them to take part in the jihad via the same procedures.”

Somali security officials have yet to confirm the bomber’s identity.

At least 13 people were killed in Tuesday’s explosions, which were quickly claimed by al-Shabab.

Several buildings used by the UN are near the capital’s Aden Adde International Airport, as are barracks used by AU troops, who are in Somalia to help the government fight al-Shabab.

“Thirteen people died in the two suicide vehicle explosions,” Abdifatah Omar Halane, spokesman for Banadir administration, the local government, told Al Jazeera by phone from the scene of the blasts.

“Nine of the dead were security for the UN and three were civilians. Five people were also injured in the explosions.”

Caught in the blast

Police said the first attacker detonated a car bomb and the second tried to storm the base on foot, but was shot and exploded at the gate.

The security guards were caught in the blast as they escorted UN personnel into the base.

The AMISOM force, deployed in Somalia since 2007, has managed to push al-Shabab out of Mogadishu.