Home Opinion Al Shabab: A Menace to World Peace, Not Only Somalia 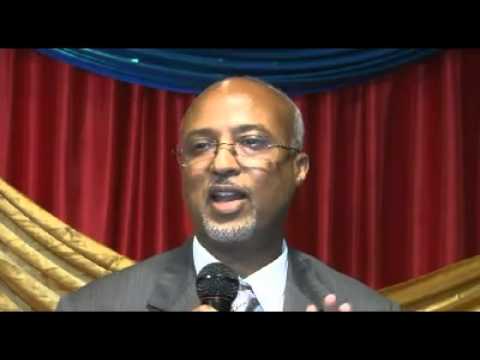 Geeska Afrika Online (HAN) Mar 14, 2014 – By Bashir Goth – The latest terrorist attack on Somalia’s presidential palace comes less than 10 days from another daylight suicide attack on a UN convoy near Mogadishu’s airport. Somalia’s government may call it a “media spectacular” by a “dying animal” but any honest observer can tell that the threat of this Al-Qaeda offshoot group is not limited to Somalia but can destabilize the whole East African region and the world at large.

Any victory for Al-Shabab in Somalia will be a victory against the will and resolve of the African Union and the international community to prevent Somalia from slipping back into being a hub for international terrorism, piracy and lawlessness.

Known for their internationalist agenda of bringing the region and the whole world under their banner, Al-Shabab will not stop in Mogadishu if they get the upper hand. Their eyes are on Nairobi, Addis Ababa, Djibouti, Kampala, and beyond.

Their attacks in Mogadishu and before that in the Westgate Shopping Mall in Nairobi in Sept 2013 will only be a precursor for their grand plans of delivering death, destruction and fear to the streets of world capitals.

Defeating Al Shabab, therefore, demands a concerted effort on international and domestic fronts. On the international front, it is obvious until now that despite their sacrifices and tangible victories, AMISOM forces are not capable of defeating Al Shabab alone. They need western support for better military intelligence, surveillance aircraft, and fighter planes.

As Al Shabab is a mobile militia group using non-conventional shock attacks, it is mainly through sophisticated intelligence that their movements and plans can be intercepted and aborted. It is not of sheer coincidence that whenever the British and American governments warn their citizens against travelling to Somalia, Al Shabab’s attacks follow almost immediately.

On the domestic front, it is required of the Somali government to demonstrate that it is a trustworthy partner by establishing a system of rigorous scrutiny of security personnel to prevent Al Shabab’s infiltration in their ranks and using them as a Trojan horse to target government installations as well as UN and AMISOM personnel. The government also needs to improve the professionalism of its security forces and to guarantee their economic welfare. Engaging the local community in the war against Al Shabab through media campaigns led by prominent figures, women, youth, and religious people will also be highly beneficial in countering Al-Shabab’s false religious and nationalistic propaganda.

Somali regional administrations should also join hands with the federal government in fighting the menace of Al Shabab, the common enemy of the Somali people. It is not rocket science to know that if Mogadishu falls, no regional administration will survive. Those who decide to live in denial will only do that at their own peril. It is therefore imperative on everyone to recognize that the assassination attempt on the Somali president and the attack on the presidential palace is an attack on the sovereignty and identity of the Somali nation. There is only one choice for the Somali people, to fight back and defeat Al Shabab with the help of the international community or to sit back and watch the Somali nation and its history sink into oblivion.