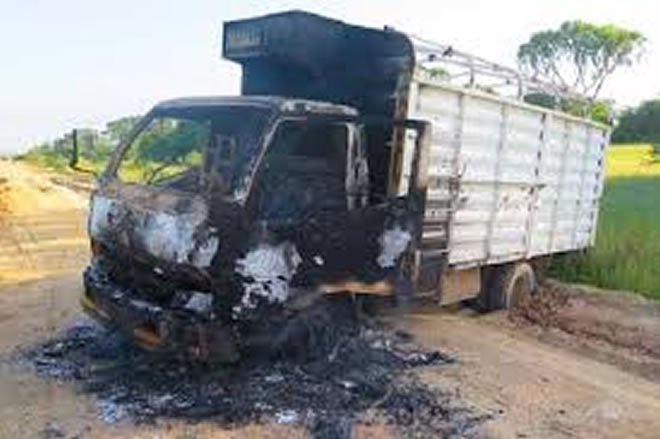 Governor of Bakool region, Mohamed Abdi, told reporters that the Somali National Army had arrived in the area where the incident happened and launched a search for the militants.

“Al-Shabaab militants burnt down three big trucks at a location 70 kilometers east of Hudur town in Bakool region, two of the trucks left from this town to Beledweyne town in Hiiraan region, they were empty; the other one came from Beledweyne town with food shipment to Hudur.

“The militants removed all passengers and burnt the trucks but did not kill anyone,” the governor said.

It is said the trucks belonged to individual companies and were used for business.

Al-Shabaab militants have isolated Hudur and many other towns in Bakool from other towns in the country and have been blocking humanitarian assistance from reaching vulnerable populations there.

The Somali army, alongside the African Union peacekeeping troops in Somalia, has been battling Al-Shabaab militants, which still control some rural areas in southern Somalia and often attack military and civilian targets in the country.