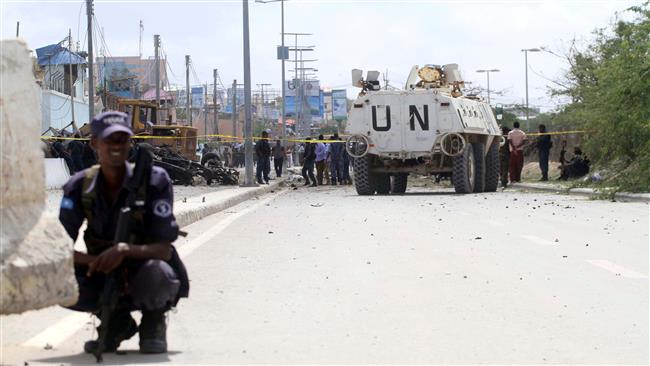 It was not clear how many casualties there might be.

“A car bomb exploded at Banadir beach restaurant at Lido beach and there is exchange of gunfire. We have no other details so far,” police officer Major Ahmed Ibrahim told Reuters.

“We attacked the Banadir beach restaurant and now our fighters are fighting inside it,” he told Reuters.

In January, its militants stormed another restaurant on Lido beach, killing 17 people.

On Sunday, more than 20 people were killed when its suicide bombers detonated two car bombs at a local government headquarters in Somalia’s semi-autonomous Puntland region.

On Thursday, Reuters witnesses near the scene of the beach attack said the restaurant had been sealed off by security officers and that the attackers had lobbed grenades at the officers and fired at them.

They said they had also seen two bodies lying on the ground.

Internal Security Minister Abdirizak Omar Mohamed said on his Twitter account: “Warning: People near the blast scene should stay in the hotels and in their houses in which they are inside. Cars should not enter Lido beach area.”

In a separate incident in southern Somalia, a roadside bomb believed to have been planted by al Shabaab militants wounded at three people in Baardheere town in Gedo region, Colonel Hussein Nur, a police officer in the town, told Reuters by phone. (Additional reporting by Abdirahman Hussein; Writing by George Obulutsa; Editing by Louise Ireland)