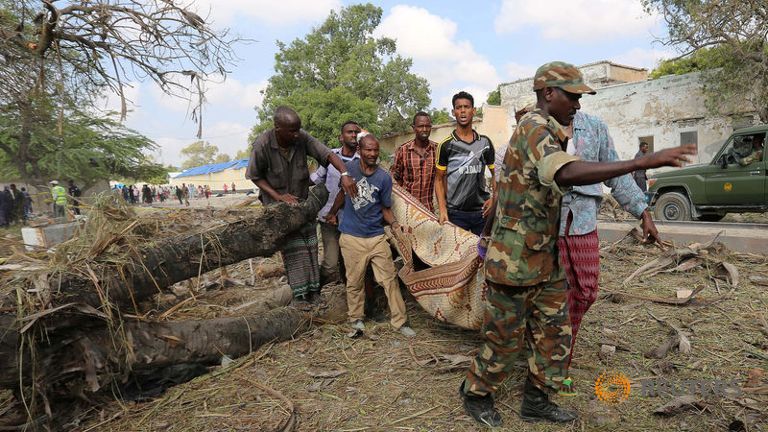 Somalia’s Al-Shabaab jihadists have claimed responsibility for an explosion near the Mogadishu port that killed at least 16 people early Sunday.

The terror group, in a statement distributed on its Telegram messaging account, said the target was a military base close to the port.

The Al-Shabaab claimed to have killed at least 30 people in the attack.

Eyewitnesses testified that a vehicle packed with explosive materials exploded near the entrance to the port.

The blast, which reportedly happened at around 7:30am local time, was enormous and was heard across the city.

“The explosion occurred next to the taxation office situated near the entrance of the port,” a terrified eyewitness told the media immediately after the blast.

“I have not seen dead bodies, but several wounded people,” he added.

The explosion occurred at a time when workers were entering the port for their regular shifts.

Petty traders around the area were also caught up in the tragedy.

Other reports indicated that the explosion also damaged some of of the buildings inside the port, including the police post.

Peacekeepers serving with the African Union Mission in Somalia (Amisom) and Somali police officers sealed off the area, while the port management immediately announced temporary suspension of activities.