Home frontpage Al Shabaab is contained but it is hard to stop someone who... 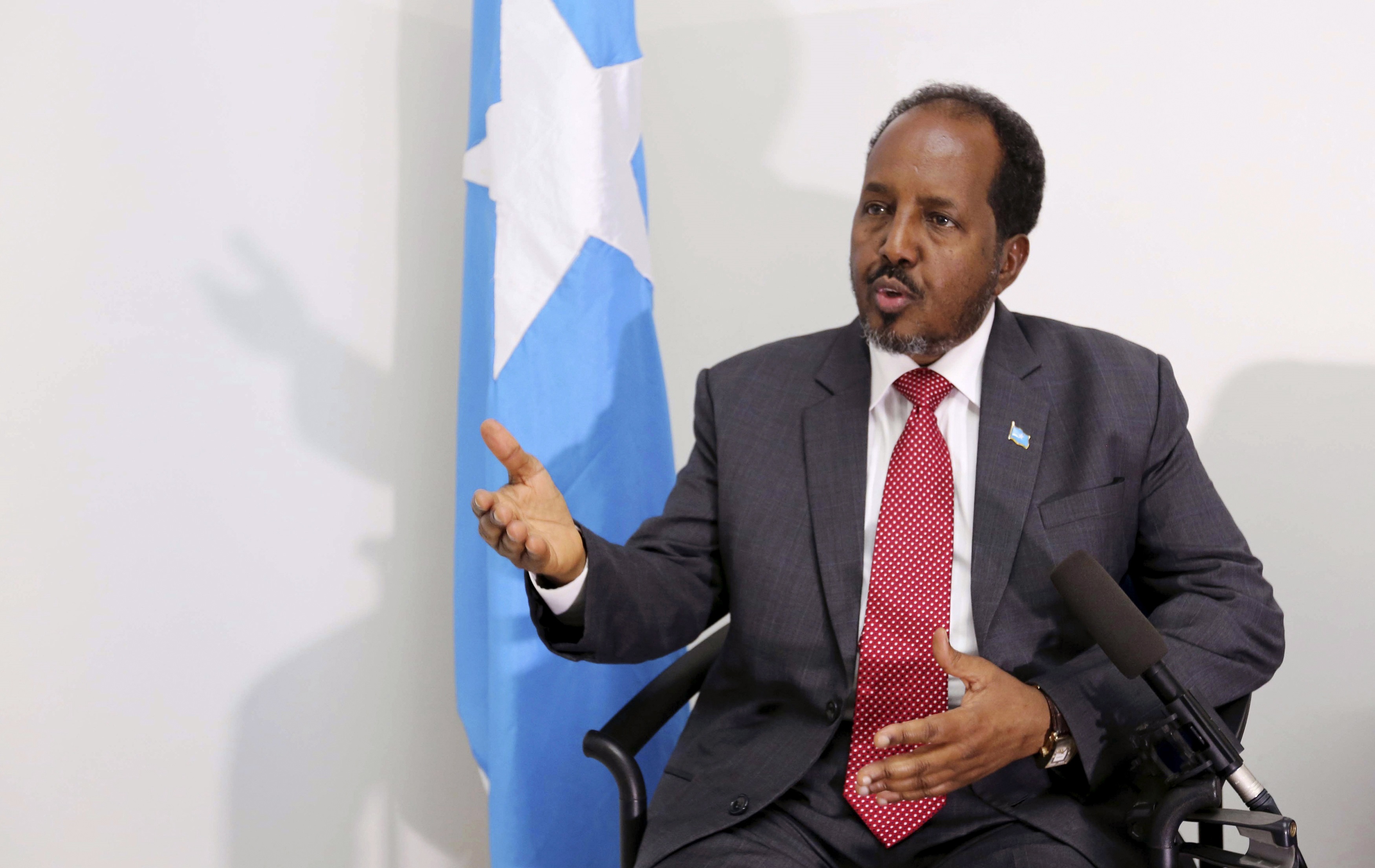 By FRED OLUOCH. Somalia will be holding its presidential elections on October 30. The current president Hassan Sheikh Mohamud spoke to Fred Oluoch about what he has done in the past four years in terms of democracy, the economy and security.By FRED OLUOCH

What have you achieved in the past four yours?

In the past four years, the government has focused on setting up a foundation — reopening ministries, developing laws, activating policies and laying down the groundwork for stability and ensuing reform.

Piracy has all but disappeared while around 75 per cent of Somalia has been liberated from Al Shabaab and returned to the government. More than 75,000 children have been enrolled in school; the sea and airport are fully operational; more than 50 kilometres of road have been built, a comprehensive mapping of Somalia’s extensive natural resources has been undertaken, and the private sector continues to flourish and grow.

Somalia has undergone a remarkable transformation, with an estimated growth rate of 3.7 per cent. Industries such as money transfer agencies and telecommunications services have thrived, international trade has grown, and the livestock industry is recovering.

We have passed several key pieces of legislation, including investment law, procurement and audit laws. We have established a sound Public Finance Management Act; we streamlined tax collection, and improved the overall economy of the country.

In Somalia, almost everything is a priority: From security, political inclusivity, health care, education and private sector development, to basic economic reform. We faced the extraordinary challenge of simultaneously building frameworks and institutions for government and governance, as these lay the foundations for future development, while needing to immediately deliver tangible benefits for Somalis — schools, hospitals, roads.

Another huge achievement is the political outreach progress as Somali leaders from the Federal Government and regions are now having regular meetings, discussions and forums to move the country forward.

The National Leadership Forum extended your term till elections on October 30. Some of your challengers oppose this and say you ought to hand over to the Speaker when your term ends on September 10. What do you say?

The National Leadership Forum represents federal government institutions as well as federal member states within the Federal Government of Somalia. It was the Independent Indirect Election Commission that proposed the timetable for elections. We all acknowledged that as the time remaining was too short to hold enhanced and more legitimate elections, we needed to extend the timeline a little.

No country in the world allows a leadership vacuum or a head of state to step down because of delayed elections. The Somali people expect us to ensure that elections take place in a manner that guarantees as much legitimacy as is possible, and this is my first and foremost priority.

Four years ago, we promised to build a democratic Somalia. That meant we needed to redraft our Provisional Constitution, build a federalised Somalia and hold nationwide elections by 2016. This is an enormous undertaking. We needed to take our time to make sure we could do them as well as we were able. Hence the long process of consultation with the Somali community, our international supporters and our parliament.

Some of your challengers say that you unilaterally picked the members of the electoral commission and they fear they may not be impartial. Comment?

This is not the case, as the Independent Election Commission came through a very rigid system; after selection, the Cabinet approved them, after which they were endorsed by the National Leadership Forum.

The commission has clear terms of references to conduct their responsibilities in a transparent and inclusive manner. Their main responsibilities lay in observing and directing the process throughout the election period in close collaboration with the Federal Electoral Implementation Team, the elders and the international observers.

You have been presiding over an economy suffering under the weight of $5.3 billion in external debt and little investment. What are your plans to revive the economy?

We have laid the foundations for institutions that can help us revive the economy. The financial sector has been formalised with the introduction of licences and regulations.

We implemented a sound and credible public finance management system, triggering the re-engagement with international finance institutions, the first step towards normalising our relations. Most recently, Somalia has commenced an IMF Staff Monitored Programme, which will lead to eventual debt relief and allow much needed access to financing for development.

To attract investment, we have spent much effort in creating an enabling environment for business activities, through the passage of legislation and the stabilisation of political structures and increased security.

The economy is largely dependent on remittances from the diaspora and $250 million generated annually from the port. Any plans to diversify the economy?

Remittances play a significant role in the Somali economy and have been the lifeline for the Somali people. There is much to be done to revive the economy. We need to move forward on three interdependent goals for economic development.

First is to enhance the productivity of high priority sectors, including the rehabilitation and expansion of critical infrastructure for transport, access to markets, trade, and energy. The second is to expand opportunities for private sector development and youth employment. The third is to promote sustainable development and management of natural resources by developing legal and regulatory frameworks and building institutional capacity.

Security remains a major challenge for Somalia and Al Shabaab has increased its attacks under your tenure. Any comment?

We have reclaimed 80 per cent of the territory previously held by Al Shabaab. They have been forced to change their method of engagement, and now, rather than a military fighting force, we see asymmetric warfare tactics, and the targeting of civilians. It is difficult to stop someone who wants to kill himself.

My government has successfully brought senior Al Shabaab leaders to justice and some were publicly executed after due process in order to show our zero tolerance for terrorist attacks.