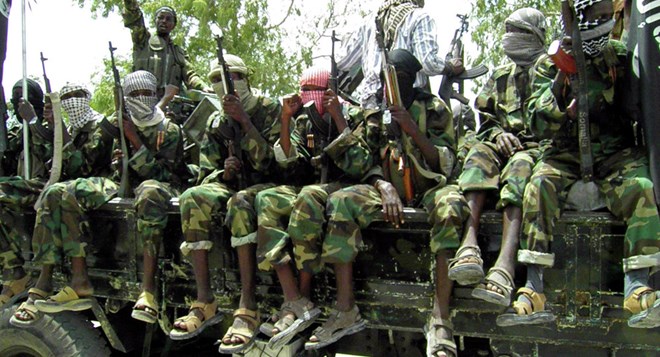 A car bomb targeting senior officials leaving a military base in Mogadishu killed at least four people and destroyed a minibus carrying civilians, the Somali military said on Sunday.

Al Shabaab, which is carrying out increasingly deadly bombings despite losing most of its territory to African Union peacekeepers supporting the Somali government, was behind the attack, Abdiasis Abu Musab, the Islamist militant group’s spokesman for military operations said.

A Reuters witness at the scene of the explosion saw a wrecked mini-bus, human flesh and damage to the tarmac road.

“The suicide car bomb was targeting senior military officials but by good luck their car was not hit. Their car turned a minute before the blast,” Major Abdikadir Hussein, a military official, told Reuters.

“A mini-bus carrying civilians was also destroyed. We cannot give the exact figure of casualties, but many civilians died in the attack,” Hussein added.