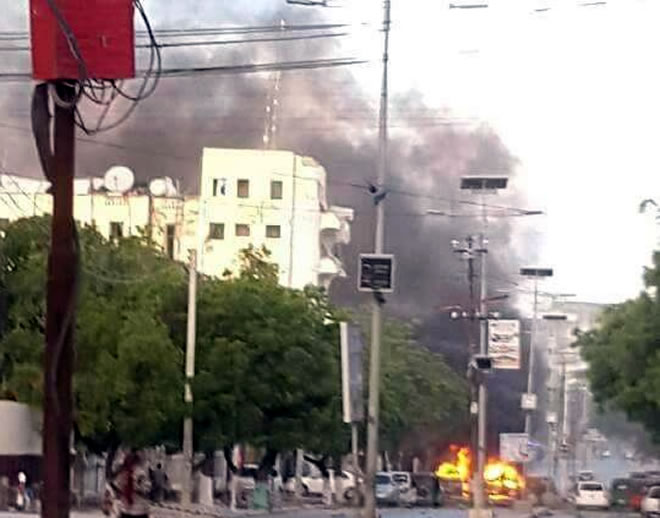 MOGADISHU (HAN) June 1.2016. Public Diplomacy & Regional Security News. A suicide car bomber crashed his vehicle into a gate outside a hotel frequented by lawmakers in the centre of the Somali capital Mogadishu on Wednesday and the attack was followed by gunfire, killing at least 10 people, police said.

Al Qaeda-affiliated al Shabaab militants quickly claimed responsibility for the attack at the Hotel Ambassador and one police offcer said some fighters might be inside the hotel.

Colonel Ali Mohamed, a Mogadishu police officer, said the hotel on Maka Al Mukaram Road was hit by a car bomb that rammed its gate. 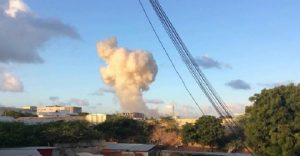 “We believe there are some fighters in the hotel but we are not sure. So far we have confirmed three people died and a dozen others injured,” Major  Ibrahim Hassan, a second police officer told Reuters.

Police later said there were 10 people killed and the toll was likely to rise further.

Maka Al Mukaram is a major street lined with hotels, restaurants and banks in the heart of the capital that links another major artery, K4, to the presidential palace.

In February, at least nine people were killed when al Shabaab fighters set off a car bomb at the gate of a popular park near a hotel in the capital. In January, an attack on a beach-front restaurant killed at least 17 people. 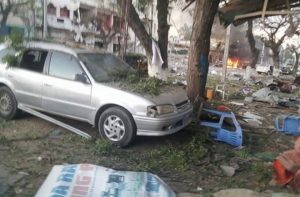 Al Shabaab, which seeks to topple Somalia’s government, was driven out of Mogadishu by the African Union force AMISOM in 2011, and last year was ousted from strongholds elsewhere in the south by AMISOM and the Somali National Army.

In other incidents, Somali security forces killed 17 al Shabaab fighters including the head of their intelligence unit and a man suspected of orchestrating a deadly attack on a Kenyan university in 2015, government officials said. 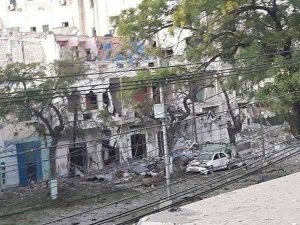 In one incident, Mogadishu municipality spokesman Abdifatah Omar said, security forces killed a man known only as Daud who headed al Shabaab’s intelligence wing, known as Amniyat. Omar did not say when he was killed or give other details.

In the second incident, Abdirashid Hassan Abdi, the semi-autonomous Jubbaland region’s security minister said its forces had killed 16 al Shabaab fighters in Bulagadud, some 30 km to the north of the Indian Ocean port of Kismayu.

Among the dead, he said, was Mohamud Ali Dulyadeyn, suspected to have been the mastermind of an April 2015 attack on Garissa University that killed 148 people, the worst such assault in Kenya in almost 20 years.