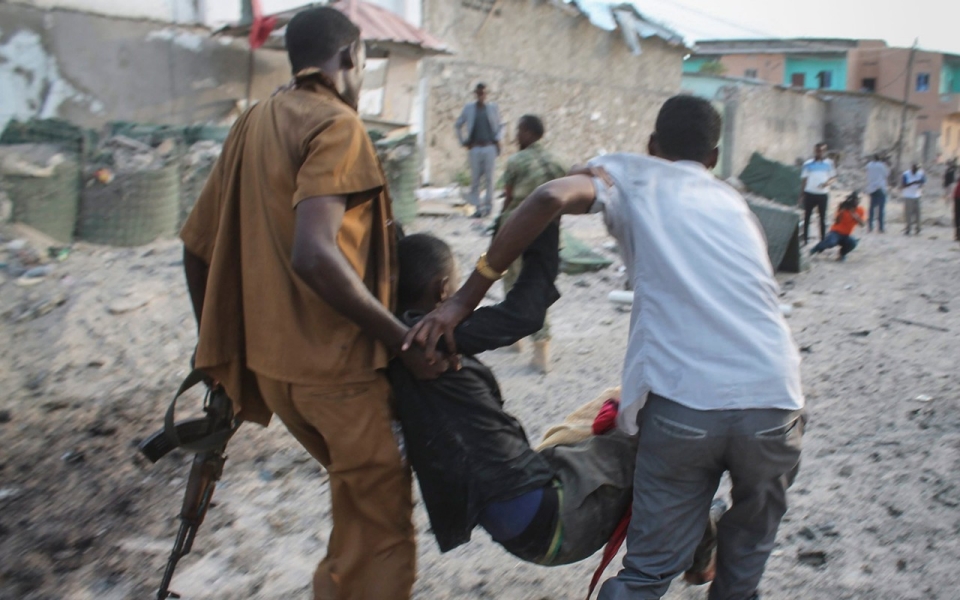 The al Qaeda-allied group, which wants to topple Somalia’s Western-backed government and rule the country according to Islamic Sharia law, has been ramping up attacks on both civilian and military targets in recent months.

“One round of the mortars hit a hospital. Civilian casualties are unknown but expected.”

Security analysts have warned that the group could step up attacks, taking advantage of the distraction caused by campaigning for a presidential election due in August.

The group has also launched attacks in Kenya and Uganda which have contributed troops to the 22,000-strong AMISOM force.

In the most recent attacks, al Shabaab late last month used vehicle-borne suicide bombers to launch assaults on an AMISOM base and the headquarters of Police’s Criminal Investigations Directorate (CID) both in Mogadishu.

Somalia has been gripped by violence and lawlessness since early 1990s following the toppling of military dictator Mohamed Siad Barre. (Writing by Elias Biryabarema. Editing by Jane Merriman)