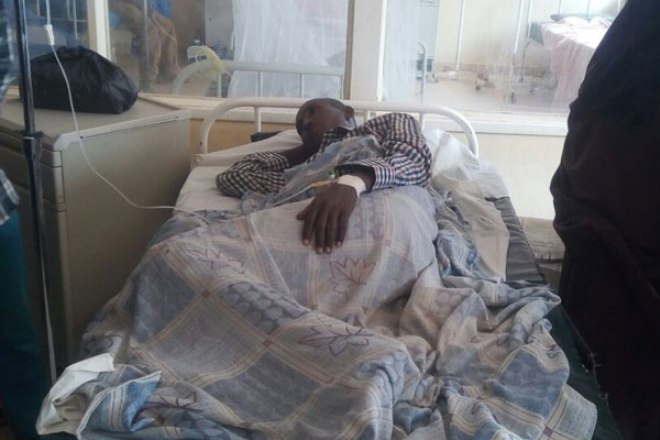 One person was killed while three others sustained serious injuries on Saturday night when their vehicle was attacked by suspected Al-Shabaab terrorists in Lafey Sub-County, Mandera County.

The whereabouts of three others is still unknown. Lafey police boss Bosita Omukolongolo said a female passenger died on the spot while the driver sustained bullet injuries on the chest.

Mr Omukolongolo said the occupants of the Toyota Hilux were headed to Lafey town to attend a funeral of their kin.

“A motor vehicle travelling to Lafey from Mandera was attacked at around 7:30 pm approximately five kilometers from Fino town and on board were mourners. Two other passengers sustained minor bullet injuries,” he said.

Area Deputy County Commissioner Erick Oronyi said the security personnel could not be immediately deployed to the scene as it was not clear whether it was a trap to lure them into an ambush.

“The attackers are changing tactics in carrying out their activities including turning against the locals but we are keen to counter their schemes,” said Mr Oronyi describing the situation in Lafey Sub County, neighboring Somalia, as tense.

“The attackers are now targeting locals and not just security agents like it has been happening. But currently, a multiagency security operation is underway,” he said.

Speaking at his Mandera Referral Hospital bed, the vehicle’s driver — Mohamed Abbey — said he tried to speed off but the vehicle stalled.

He said he had seven passengers on board some whose whereabouts remains unknown.

“I heard a gunshot then immediately my passengers shouted at me to speed off only to get into more serious gunshots hitting me and destroying the vehicle,” he said.

Mr Abbey has a bullet lodged in his left side of the throat and has been referred to Kenyatta National Hospital (KNH) in Nairobi for specialized treatment.

“I think the bullets hit the engine since it went off as some of my passengers fled into the bushes leaving me with the dead woman and two others on the road,” he said.

He also denied reports that the attackers set the vehicle a blaze.

“A bullet entered him through his left breast and is lodged around the throat. Although he can speak, we fear operating on him here as it might cause damage on his throat,” said the nurse who sought anonymity as she is not allowed to speak to press.

A second victim admitted at the hospital identified as Rashid Ali was in theatre when the Nation visited.

“The doctors are draining excess blood from his chest as the bullet entered on the right side exiting from the left but he is out of danger,” said the nurse.

The national government declared the Mandera- Arabia-Lafey road closed in 2014 after a bus headed to Nairobi was hijacked and 27 people were killed — most being non local teachers — but due to lack of alternative roads, the locals have always used it.

“This is the only road the locals are using to Mandera and back but we shall be discussing possible measures on the road to ensure everyone’s safety,” said Mr Oronyi.

On several occasions, armed militants have stopped buses plying the Lafey-Mandera route screening locals on board in search for non-locals and government employees.

Some leaders from the region on Sunday lashed out at the government accusing it of being slow in responding to reports of terror attacks leading to many deaths while criminals slip away.

Speaking to the nation, Fino Ward representative Saad Sheikh Ahmed and his Warankara Counterpart Mr Abdirashid Osman complained that the Saturday night attack happened less than 10 kilometres from where the Border patrol unit is stationed.

He said that Kenya Defence Forces (KDF) which has a camp Damasa did not respond.

“While we condemn this barbaric and cowardly acts, it is worth noting that our officers are simply engaged in goal keeping within the peripheries of their camps. They cannot at any one time respond to these incessant incidents within this area,” said Mr Ahmed.

“As leaders we had suggested to the county security team that the Border Patrol Unit (BPU) should be strategically placed around Sheikh Barrow area a few kilometers from the borderline but settled towards Kabo into the interior and no one has taken any of our suggestion,” he said.