Home Ethiopia Al Amoudi’s Arrest and its Implications to Ethiopia 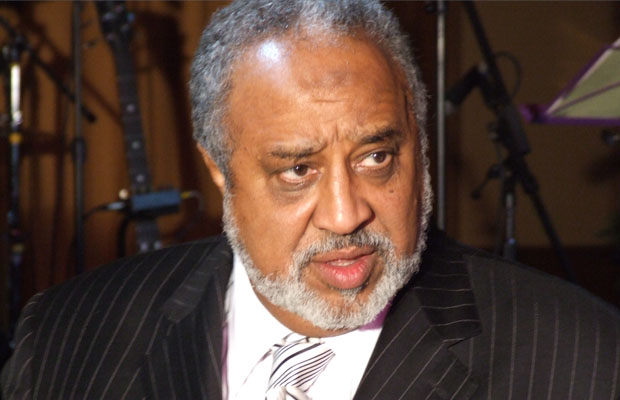 BY: Amanuel Biedemariam. Over the years, particularly from 1991 until present, one of the key players that helped shape the political dynamics of the region is Mohammad al-Amoudi. Sheik Al-Amoudi appeared on the seen in 1991 when Eritrea achieved independence and when Eritrea handed Tigray Peoples Liberation Front (TPLF) the key to Minelik Palace.

Al Amoudi’s first choice was Asmara Eritrea. He came with millions, if not billions of dollars and offered to invest in many areas. Eritrea rejected his offers instantly. The leaders of Eritrea astutely picked upon what his investments meant long-term and kicked him out of Eritrea.They knew these investments are ploy with the aim of taking control of the nation.

He then went to Ethiopia and became the 2nd most important figure after Meles Zenawi. The TPLF did not hesitate to embrace Al Amoudi. They did not care how much he invested if he invested; did not care what his motives were and its long-term implications. They did not set boundaries and regulations to govern his activities. They simply handed him key to the nation. They gave him key to all of Ethiopia’s resources including mining, allowed him to build and establish businesses everywhere. They gave him free reign to hire and create alliances in the nation.

In short, Al Amoudi was the destination (Sheraton Hotel Addis) and the man with connections to the international system. He became the top employer in vast array of fields. After the government, Al Amoudi was the second biggest employer. He had established effective system in all areas. If one is to look at the variety of businesses Midroc Ethiopia conducts, it is limitless.

In the west, none of these activities can be allowed because they run to anti-trust and monopoly laws violations. Al Amoudi was running a country with-in a country. He owned communication facilities, established educational programs with curriculums that reflect his needs and values. He run farms, animal husbandry, he run construction companies, consulting firms and banking infrastructures. He run medical institutions and the list is endless. Al Amoudi controlled communication, employment, banking and vast resources with money and influence.

But why did TPLF allow him to have this much access and control? And that is because a) they did not have much of a choice because they were clueless to the international seen and, b) they were confident, if they have the arms he had nowhere to go. So, they gave him free reign so that they can exploit him. It was marriage made in heaven.

During the Eritrea Ethiopia war 1998-2000, Al Amoudi was key player. During the war, the TPLF had no idea how to do PR, how to Lobby, how to exert influence in Washington DC. Al Amoudi understood the legal, political, PR needs of the regime and assisted them significantly. He funded, directed and pressed all the Anti Eritrea campaigns and bullied Ethiopians that opposed the regime and his ways, with frivolous lawsuits.

Al Amoudi knew and controlled all personalities that shape Ethiopia, culturally, musically, politically, socially, legally and economically. He controlled the people financially. He controlled musicians, soccer players, members of the royal family and actors. He controlled business people and opinion makers all over the world. There are people that get payed to sit loyal without doing any work, to be cheerleaders.

His influence is remarkable. His people are loyal and will not do anything to antagonize him or the regime. If one has close relation to his circles they are guaranteed success. There are many Ethiopians that oppose the regime but will not dare utter a word for fear of alienation.

Therefore, the news of his arrest is a huge deal. It is significant event in the history of the region and Ethiopia. This is an event that will quicken the demise of the TPLF as he was a significant player and ardent supporter. Al Amoudi has openly bragged that he is Weyane. But, what is the impact of his arrest and its repercussions?

It is the biggest disruption that the TPLF has ever seen. It is disruption that will destroy the banking system. The vast sums of money he controlled worked as engine to many sectors of the country’s economy and way of life. It is certain all his money was controlled by him and the TPLF cannot and will not have access to it. As a result, shortage of hard currency will worsen.

Secondly, Al Amoudi has vast array of services and hundreds of thousands of employees that work for him. Agriculture, and Agro-processing group, educating and training group, plastic/ product group, building, construction, metal work, mining, transportation, retail, management, health system groups to mention some. These are institutions with extensive spin-off effect in the economies of the regions they operate. These are institution that directly affect the way the country operates.

The arrest of Al Amoudi is therefore certain to disrupt the flow of these institutions immediately because the controller of the money is Al Amoudi. Disruption of money-flow will undoubtedly be immediate, and it will impact payroll and operations. That means Midroc-Ethiopia, Al Amoudi conglomerate in Ethiopia will disintegrate. In other words, the people that work for him will soon find themselves unemployed.

Al Amoudi was devoted Weyane. He made it clear with his actions, money and verbally for years that he is number one supporter of the regime. Therefore, indirectly, the people that worked for him supported Weyane. At the current climate in Ethiopia working with Weyane could be detrimental.

Mohamed Al Amoudi is not a businessman. His arrest shows he was much bigger than that. He was a major player at a national and international level. He was agent of gulf states that wanted to assert control by other means. He was a perfect agent at that. He spoke Ethiopian language, he claimed to share the heritage by birth and he had access to unlimited money tied to the monarchy. He was the extension of their reign and did a great job until the recent events. The GCC conflict between Saudi Arabia and Qatar placed him at odds with the Saudi’s because at this juncture Qatar is heavily invested in Ethiopia.

This is also an indication that the reign of terror by the minority Tigrayan regime can come to abrupt halt and send the country on downward uncontrollable spiral. Hence it is incumbent on all stake holders to understand the magnitude and reach-out to his supporters. What can the employees of Al Amoudi do? I think the first thing is to side with the people. It is time for redemption.