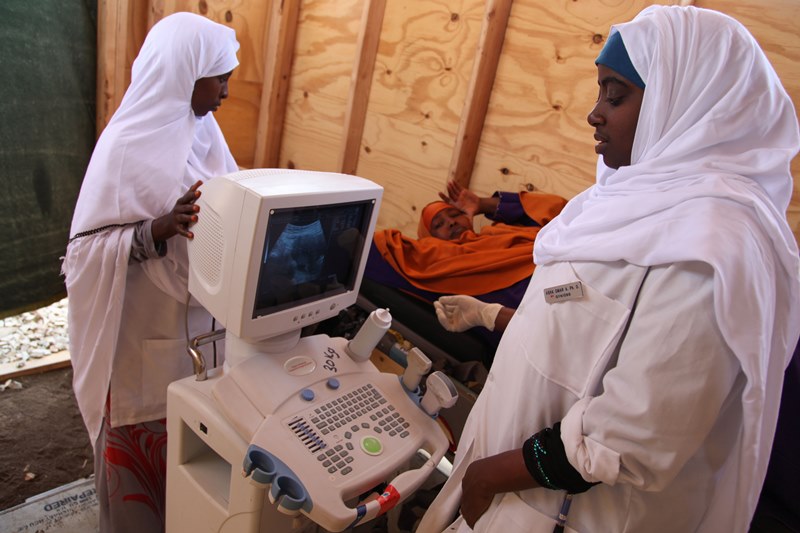 February 23, 2016 – Public Diplomacy and Regional Stability Initiatives News. By Katy Migiro Some 1.5 million Somalis have lost access to healthcare over the last two years as around 10 hospitals have closed or cut back their services due to aid shortages, relief agencies said on Monday.

The figure includes 300,000 children under five who can no longer get vaccinated against major childhood killers like measles or treated for diarrhoea, which is often fatal, the agencies said.

Donor funding for healthcare has fallen by nearly two-thirds to $29 million in 2015 from $72 million in 2011, they said, citing United Nations data.

“The Somali health system is at the moment in a state of crisis,” said Abdurahman Sharif, director of the Somalia NGO Consortium, a group of local and international aid agencies including Save the Children and Norwegian Refugee Council.

Somalia has been mired in conflict since civil war broke out in 1991.

Many health facilities have been damaged or looted during the conflict and medics and drugs are in short supply. They are almost entirely dependent on donor funding, Sharif said.

“They (aid agencies) will face difficulties in continuing to provide lifesaving health services at the scale that is required as a result mainly of the declining humanitarian funding,” he said in a phone interview.

Important regional hospitals in Galkayo South and Jowhar are on the verge of suspending key services, such as maternity and outpatient care, he said.

Famine triggered by drought and war killed 260,000 people in Somalia in 2011. Funding has since waned as the government, backed by African Union troops, has made gains against the Islamist militant group al Shabaab.

Although security and access to markets has improved in many parts, one in two people still need aid in the Horn of Africa nation.

Somalia is one of the most dangerous countries for relief agencies to operate in, with 17 staff killed there in 2015.

The medical charity Medecins Sans Frontieres (MSF) pulled out of Somalia in 2013 because of attacks on its staff, more than a dozen of whom were killed and abducted since 1991.

It was one of the main health service providers with 1,500 staff managing more than 20 facilities.

Other agencies have struggled to fill the gap, Sharif said.