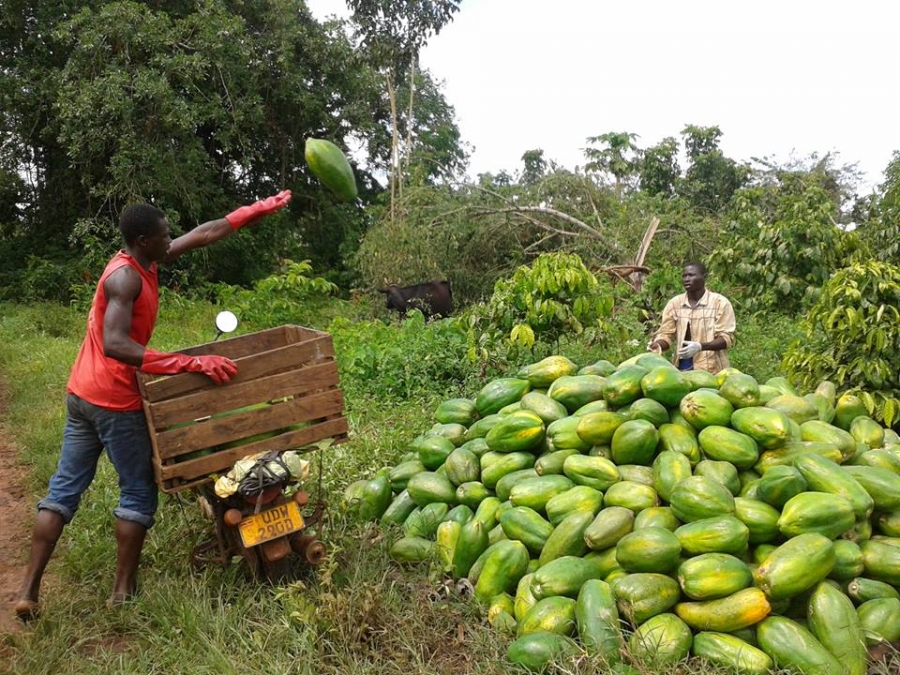 Every day – all around the world – farmers face the same common threats to their productivity and livelihood. In Africa, however, the challenges go beyond damaging weather, pests and disease. Farmers at all scales of production need access to the inputs required to produce a successful crop – high-yielding seeds using effective fertilizers and sufficient water. Even when these are available, input pricing is often too high for smallholder farmers.

Africa has faced daunting challenges with regard to both the future of agriculture and energy supply. Agriculture in most African countries is characterized by a subsistence farming sector, revolving around staple food crop production. Over the years, the export sector has come to dominate agricultural production, mobilizing most investment in infrastructure, irrigation, fertilizers and credit.

The overall productivity of African agriculture has remained low for centuries, both in the food production and export sector as a result of a combination of endogenous and exogenous factors. The latter relates, in particular, to the international trade and economic system that allowed producer and export subsidies in industrial countries. The effect of such subsidies has been an artificial lowering of production costs in some countries, rendering African production noncompetitive even in their own domestic markets. African agriculture has stagnated for years as a result the human and other productive capacity moving away from the sector.

The recent hikes in world food prices have thrown many developing countries, especially net food importing countries, into a state of market turbulence with profound social, economic and political implications.

Many countries and the international community at large are concerned with finding urgent responses to food shortages, or rather, to producing food in a better way. There needs to reconsider the many structural problems, both internal and external, that must be addressed in order to find a long-term solution to the agricultural crisis in Africa. The key challenge is to raise agricultural productivity and production, especially in poor food importing countries in order to reduce import dependence, and thereby reduce vulnerability to market volatility. Low productive capacity is persistent in the most vulnerable countries.

A range of strategies and policies for increasing agricultural production and productivity have been considered in the various parts of Africa and by development institutions. In its agriculture come-back report of 2008, the World Bank noted that for agriculture to develop as the basis for economic growth, an agricultural revolution in the productivity of small-scale producers is required. And this is possible through mechanization and technological advancement in the area. Many countries in Africa stressed the need to increase production and productivity, while ensuring the sustainability and the preservation of the natural resource in their common agricultural policy. The urgency of increasing productivity was also recognized in the strategic framework for food security.

The policy interventions included in the plans and strategies seem to cluster around the improvement of infrastructure to link rural areas with markets, the development of seed banks and greater access to credit. They also involve improving access to water and control of water use; modernizing production systems through the introduction of efficient machinery where required; and increasing the use of mineral and organic fertilizers to provide nutrients to the soils and boost yield. The agricultural productive systems in Africa are deficient in all these areas.

Access to water remains a great challenge. Overall, it is estimated that only four per cent of the total agricultural land in Africa is irrigated, the remaining parts being rain-fed, and therefore subject to climate and rain variability. The use of irrigation systems employing small water pumps has expanded, with policies seeking their further development. Presently, the use of motor pumps remains concentrated only in the northern and southern parts of Africa, which are the most arid regions – but also the most developed.

The level of mechanization of African agriculture is extremely low. There are different views as to whether a mechanized model of agriculture is appropriate or not for Africa. Expanding mechanization does, however, features as a top priority in policies being considered in several countries including many African countries.

In considering the three types of interventions outlined above, it appears that all are directly or indirectly associated with energy use. Therefore, it is critical for policies in these areas to be associated with an effort to secure access to affordable and sustainable sources of energy.

Energy is an essential aspect of agricultural production. It is required directly as a fuel to operate agricultural machinery such as tractors and harvesters as well as for operating irrigation systems and pumps running on electricity, diesel or other sources of energy. Energy is also required in processing and conserving agricultural products, and in transportation and storage. Therefore, energy is a critical factor in adding value in the agricultural sector.

In the current context of rising oil prices, many of these plans could be jeopardized. Already, oil import bills in several African countries have risen above export earnings, and many countries are struggling just to meet their current energy needs. Accessing energy to fuel the objectives of development of the agricultural sector in Africa therefore represents a major challenge in the current context of high oil prices. As such, the energy crisis is not only a problem in itself; it is also a hurdle in addressing the recurring food crisis in Africa.

A range of crops produced in Africa could be used to make bio fuels – sugar cane, sugar beet, maize, sorghum and cassava for ethanol production – while peanuts, jatropha and palm oil can be used to produce bio-diesel. There are many opportunities to generate new sources of energy that can be integrated into existing production patterns within the agro-forestry sector and to meet rural energy needs.

Tapping this potential could help countries decrease their heavy oil import dependence. It could also contribute to meeting the energy requirements of the agricultural sector, and the energy needs associated with rural electrification and development objectives. However, there is an inherent challenge in using food crops for energy. African countries are already victims of the effects of diverting the production of cereals such as maize, and wheat to produce bio-fuels in other parts of the world.

Today, successful experiences exist in several parts of Africa in generating bio energy from the agricultural system, with the objective of contributing to the energy requirements of agricultural production – powering water pumping systems, running multi-functional platforms, and generating electricity in rural areas. If bio energy could be developed in ways that do not undermine the already fragile agricultural system, but rather in ways that integrate adequately energy and food crops, it could play an important role in meeting the energy challenge of increasing productivity.

To that effect, African countries would need to formulate clear strategies and policies that take into account the various socio-economic and environmental implications of integrating energy and agriculture production, such that the ultimate outcomes effectively contributing to the range of actions needed for the long-term sustainability of agriculture in Africa.