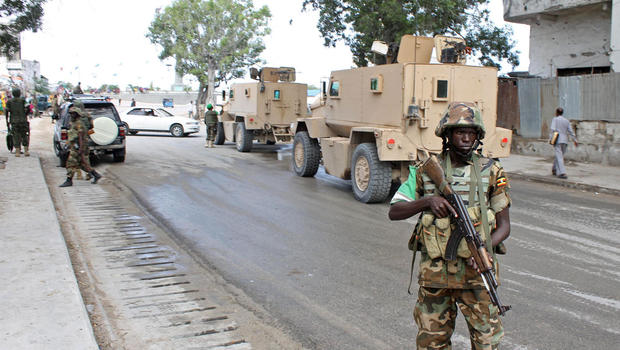 Smail Chergui, AU Commissioner for Peace and Security, said on Monday that the African Union Mission in Somalia (AMISOM) forces withdrawal will allow Somalia to take charge of their country.

“We are planning to train and equip the Somali forces before pulling out from the country,” he said in a press conference during the closing of the 27th AU summit in Kigali, Rwanda.

He said that the AU is also helping Somalia with its Presidential and parliamentary elections that are due later in the year.

“We need a peaceful Somalia and respect for human rights for all citizens,” Chergui said.

Chergui noted that the Heads of States set up a special fund to help combat terrorism in the continent.

The fund will be funded by AU governments, the international community and other partners and will take effect once the modeling governing it is unveiled.

“This fund will help African governments respond with speed in taming an upsurge of terrorism activities that is blamed for massive deaths of people,” he added.

According to the commissioner, the fund will be operated from a special centre based at the AU with its focal points in all countries.

He revealed that the AU’s peace and Security Council were in Burundi last month and finalized humanitarian observer’s situation and the possibility of sending military experts in the country.

“We are hopeful that an all inclusive dialogue between the government and the opposition to find a lasting peace will be convened in the next couple of weeks,” he revealed.

On South Sudan, Chergui noted that the AU is expected to deploy forces in the country under the umbrella of the United Nations forces that are already on the ground to help improve human rights record in the country.

“The situation in South Sudan is urgent and we are set to meet and discuss with the UN with the aim of deploying the forces,” he added.

“Boko Haram militants are another headache for us and we are in the process of sending a technical team to northern Mali soon to help,” he added.

He said that the AU will not keep quiet and see civilians butchered by militant terrorism groups.