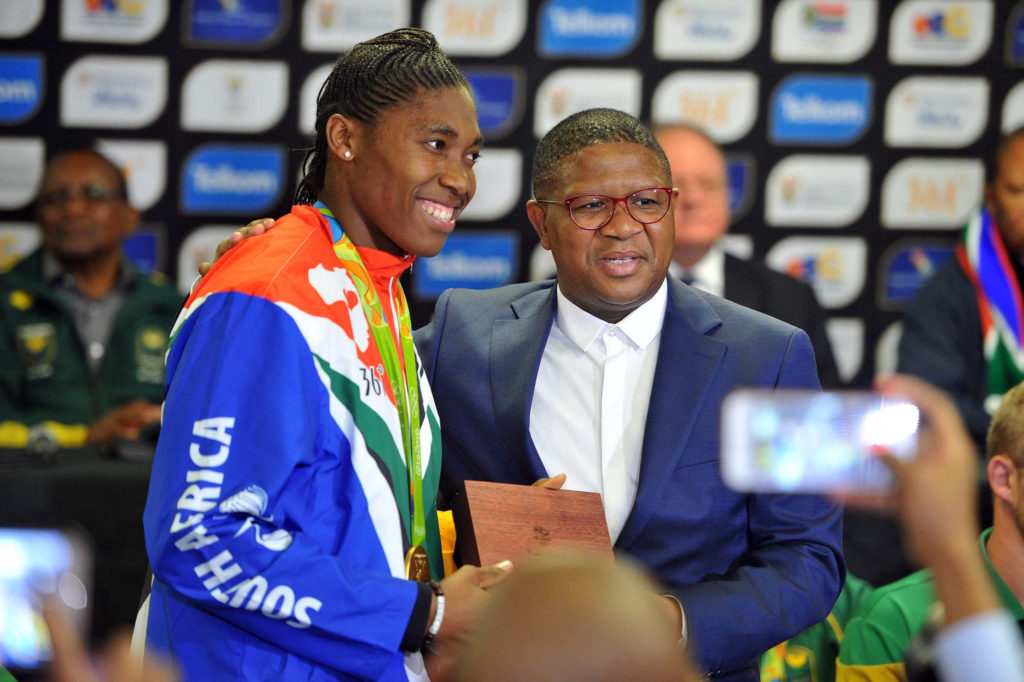 NAIROBI (HAN) September 3.2016. Public Diplomacy & Regional Security News.BY:OUMAR BA. This was the summer of the Olympics. But if you were on safari, like we were, you may have missed it altogether. Fear not, we have some highlights for you, including those of you who are nostalgic for the games already.

First, let’s ignore the clumsiness – we are trying to be nice – of the NBC commentators during the opening ceremony. No need to talk about how during the parade of the nations, Matt Lauer and his colleagues could not think of anything to say besides “Togo is an African nation; they love soccer in Togo.”  When The Gambia came up, they told us that the name appears in the first chapter of Alex Haley’s Roots and that’s where Kunta Kinte hailed from. And they definitely couldn’t let the Democratic Republic of the Congo walk by without a reference to “rumble in the jungle.”  We will also resist unpacking what Meredith Vieira could possibly mean by calling Brazilians “cultural cannibals.” Still, why did Matt Lauer say that top model Gisele Bündchen is Brazil’s most famous export? Let’s leave Pelé out of this. But, seriously, have not the folks at NBC ever heard of Ronaldinho?

Speaking of exports, Kenya has so many athletes that they are exporting them by the truckload – or shall we say, by the matatu? About 20 Kenya-born athletes competed for their adopted countries, which include the US, Bahrain, Qatar, Bosnia-Herzegovina, Azerbaijan and Turkey. Kenyan-born Ruth Jebet won for Bahrain its first ever Olympic gold medal.

But, did you wonder why Kenyan athletes were not wearing matching outfits at the opening ceremony? Apparently, a few of the Kenyan officials saved some of the sports apparel for themselves and their friends, instead of handing it out to the athletes. In a probe on corruption allegations, Kenyan police raided the headquarters of the Kenyan Olympic committee and arrested its secretary general, his deputy and the head of the Kenyan delegation as soon as they landed back from Rio.

When the javelin thrower Julius Yego showed up at the Nairobi airport to travel to Rio, he found out that he did not have a ticket. His fellow athletes refused to board the plane, and the Kenyan government eventually purchased a ticket for Yego, who went on to win a silver medal. One of the Kenyan coaches was sent home from Rio for reportedly submitting to a drug test on behalf of an athlete. At the conclusion of the games, with the Olympic Village closed, some Kenyan athletes had to stay in a Rio favela because the Kenyan Olympic committee was trying to score cheaper air tickets.

Kenya still won 13 medals, including six gold, the most at this Olympics; South Africa was second. So there is something to celebrate.

One athlete whose celebration landed him in trouble is the Ethiopian Feyisa Lilesa. He won the marathon’s silver medal (the gold went to Eliud Kipchoge of Kenya) but will not be going home, after he crossed his arms over his head at the finish line as a sign of protest about political repression in his country.

South Africa’s Wayde van Nierkek demolished the world record for 400m. Caster Semenya won the gold and those who say that she has an unfair advantage should probably check their privilege.

Niger won a silver medal in Taekwondo, thanks to Abdoulrazak Issoufou Alfaga. The last time Niger had won a medal was in Munich in 1972.

The Ivoirian Cheick Sallah Cisse also won gold in Taekwondo, while his compatriot Ruth Gbagbi took the bronze in the women’s middleweight category.

But the Olympics would not be the Olympics without some Nigerian delegation troubles. Their soccer team was stranded in Atlanta for days because apparently someone in Abuja had failed to pay for the chartered plane. They arrived in Brazil only four hours before the kickoff of their match against Japan. Then there was the small matter of the team’s outfits at the opening ceremony. And still, the stadium played Niger’s national anthem instead. Did, by any chance, Rio2016 hire the CNN intern responsible forthis?

Anyways, Nigeria’s soccer team won the bronze medal and revealed to the world Umar Sadiq, a young and very talented player, who reminds us so much of Nwankwo Kanu two decades ago.