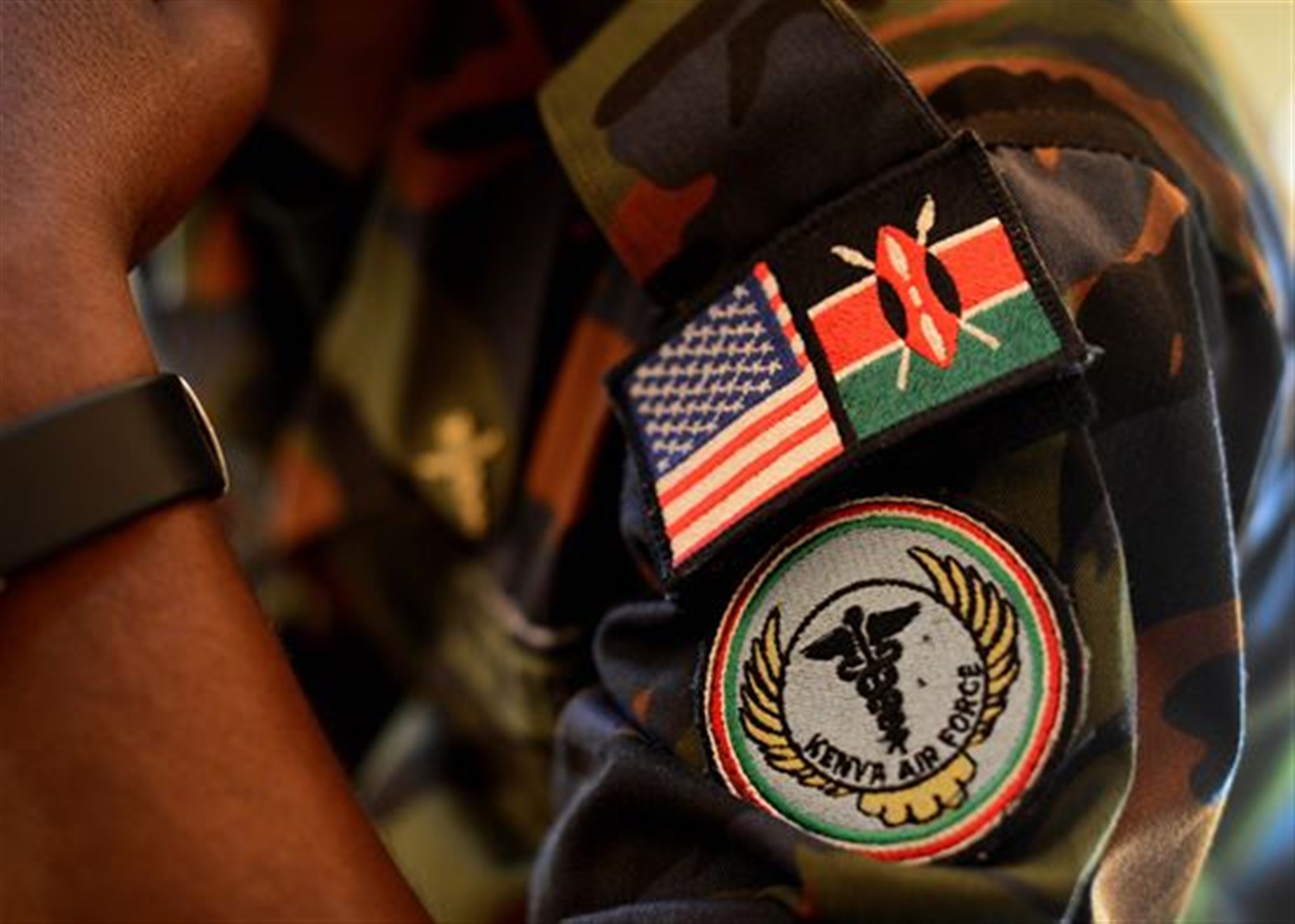 “We have built a partnership and friendship that has helped open the door for further engagement, knowledge sharing and interoperability between our forces.”

“African Partnership Flight was an opportunity for all these countries to get to together to talk to one another “said U.S. Air Force Capt. Aaron Charbonneau, USAFE-AFAFRICA, APF Kenya mission planner. “The goal of every APF is to build enduring relationships with our partner countries and I believe we have done that here with both the Ugandan and Kenyan participants. We have built a partnership and friendship that has helped open the door for further engagement, knowledge sharing and interoperability between our forces.”

According to Charbonneau, the partnership and friendship built has helped to facilitate a lot of the training.

The APF included a Kenyan-led exercise, Linda Rhino, in which instructors observed the application of what was learned in the classroom and provided feedback. The exercise included multiple personnel recovery scenarios.

“Training started off with an academic portion, teaching participants the skills that they would need to conduct personnel recovery operations. The second half of training included coming out to the field and [practicing] scenarios,” said Senior Airman Ian Khun, 82nd Expeditionary Rescue Squadron. “I taught the survival class and from what I saw during the field scenario, the downed pilot’s performance was outstanding. The participants not only learned the skills that we taught them, but also applied it.”

Kuhn also acknowledged the importance of being able to teach personnel recovery and pass the knowledge to our partners so they can assist us and we can assist them.

While training took place at Laikipia Air Base, a U.S. Air Force medical team traveled to the town of Lokusero where they provided medical assistance to more than 1,250 patients over the course of three days. The USAFE-AFAFRICA band also performed to help engage the local community as the medical team treated conditions such as the flu to lacerations.  Part of the outreach also included a bio-environmental engineering team restoring the town’s water filtration system to provide clean water for more than 5,000 locals in six different villages.

“The medical role here in APF Kenya, I believe, was key,” said U.S. Air Force Capt. Danielle Butler, USAFE-AFAFRICA, APF Kenya medical outreach team lead. “We reached out to people who had no idea what the APF was.  The medical part, as far as building that relationship and getting people’s trust was huge. We had a lot of good responses and it was also a rewarding experience for us as well.”

Designed to encourage collaboration in a learning environment and enhance regional partnerships, APF Kenya allowed for a wide-range of knowledge to be shared amongst the 280 total participants. The training helped build shared experience and improve partner nation capabilities.