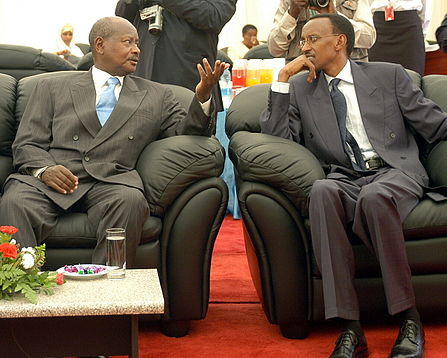 JUBA (HAN) July 11.2016. Public Diplomacy & Regional Security News. African leaders will be under pressure to find a quick solution to the escalating tensions in South Sudan during the ongoing African Union Summit in Kigali.

The AU Summit opened in Kigali on Sunday with the meeting of the Permanent Representatives Committee (PRC), which continued on Monday.

Rwanda’s Minister of Foreign Affairs Louise Mushikiwabo said on Monday that South Sudan is “weighing heavily” on the minds of African leaders following the flaring up of fighting between forces loyal to President Salva Kiir and former rebels backing Vice President Riek Machar.

Minister Mushikiwabo told CNBC Africa on Monday that President Paul Kagame over the weekend talked to his counterparts in the East African region to discuss on how the tensions in the blocs youngest member can be quelled.

Regional leaders discussed on how the ongoing power struggle in South Sudan can be resolved and how the two factions can be reined in to end the hostilities which have reportedly claimed over 270 people.

“It is not a small matter, it is about trying to put aside the entrenched political differences but especially to also to try and put their eyes on the people of South Sudan. They have been waiting for a free and prosperous country for decades,”

“A lot of blood has been spilt. The leaders in this region are extremely concerned. It is actually timely that all of them will be coming here to Kigali later in the week. I have no doubt that they will have serious discussions about South Sudan,” Minister Mushikiwabo said.

It is not clear if President Kiir and Machar will come to Kigali as earlier expected but sources told The East African that the duo might skip the AU Summit and stay home to avert a possible power grab.

However, South Sudan officials in Kigali say situation was exaggerated by the media and it is currently under control.

The South Sudan Ambassador to the AU James Pitia Morgan said on Monday that the fighting was a result of a misunderstanding especially on the side of pro-Machar forces who thought that he was going to be arrested.

“We are calling upon everybody, especially the leaders of South Sudan to act with restraint so that we go back to the starting point and allow the transition government to deal with this issue quietly, bearing in mind the lives of the people,” Mr Chergui said.

Heavy fighting erupted over the weekend, between the two factions, threatening the peace deal which saw Machar return to Juba in April to form a unity government and end the bloodshed.

Thousands fled heavy fighting in South Sudan’s capital Juba on Sunday as government soldiers and former rebels traded fire in a return to hostilities that has claimed scores of lives, threatening a shaky peace deal.