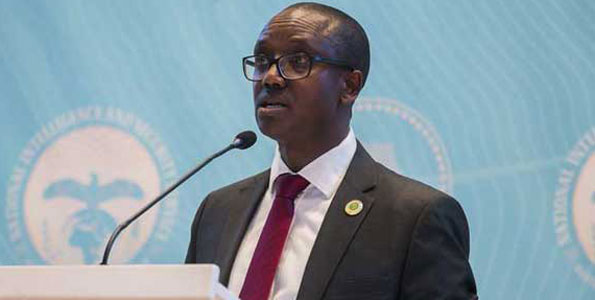 ADDIS ABABA (HAN) August 18.2016. Public Diplomacy & Regional Security News. By AGGREY MUTAMBO. African intelligence chiefs have added their voices to the growing discontent with the International Criminal Court (ICC), saying it is being used by the West to achieve political ends in Africa.

The claim was made when intelligence and security bosses from 51 countries in Africa met in Kigali, Rwanda, last week.

The week-long conference of the Committee of Intelligence and Security Services of Africa (CISSA) reached a resolution that African countries must work together to defend their sovereignty.

“The International Criminal Court has (been) deviating from its mandate and has been hijacked by powerful western countries to pursue their political agenda.

“It is increasingly acting as a proxy for these western countries to orchestrate their regime change agenda in Africa and persecuting the African leaders. Subsequently, CISSA rejects political manipulations, double standards and abuse of universal jurisdiction,” a dispatch from the meeting stated.

The theme of the forum was “countering the growing threat of abuse of universal jurisdiction against Africa”.

During the conference, Brig-Gen Joseph Nzabamwita, the secretary-general of the National Intelligence and Security Service of Rwanda, told the audience of the abuse of universal jurisdiction against African countries by some western countries.

He argued that though Africans willingly accept this principle, the Western world is now using it for selfish ends, including diverting the core mandate of key courts and tribunals set up to deal with international law.

In June last year, Rwanda protested bitterly when its intelligence chief, Karenzi Karake, was arrested in the UK for war crimes allegedly committed during the Rwandan genocide in 1994.

A Spanish court had ordered him arrested in 2008 and the UK detained him under the European Arrest Warrant.

However, Rwanda questioned the motive as Gen Karake had travelled to the UK several times since the arrest warrant was issued and had not been arrested. He was later released

The intelligence chiefs, whose role is to monitor elements that could destabilise peace, agreed on the need for a universal jurisdiction that will allow countries to cooperate against crime.

But they protested the manner in which some African leaders have been either indicted or hounded before global courts.

Sudan’s President Omar al-Bashir remains on the ICC radar as an indicted person over war crimes despite annual protests by the African Union.

The African Union has in the past directed its members not to act on arrest warrants against al-Bashir, though some of the countries he has visited, such as Kenya, South Africa and Nigeria, are members of the ICC.

“Africa believes in an international justice system, based on equality of states, equality of all the people before the law, a system based on recognizable universal shared values.

“African countries/leaders continue to suffer politically motivated allegations orchestrated by some western powers under the pretext of universal jurisdiction and remain targeted by some western judges or tribunals of universal jurisdiction and indeed more countries are likely to fall victim if nothing is done by African countries to counter the phenomenon,” the intelligent chiefs said.

CISSA participants said officials in Africa are unfairly targeted while perpetrators of heinous crimes get safe havens in the very countries pushing for universal justice.

The ICC has previously argued that all cases it has dealt with in Africa were referred to it either by African governments or by the UN Security Council.