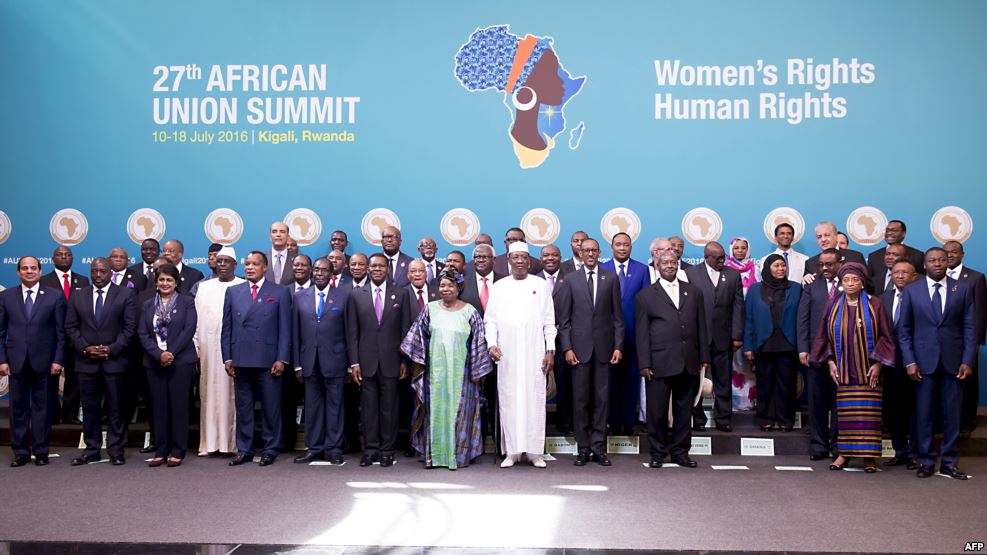 On Sunday, African leaders endorsed the Catalytic Framework to end AIDS, TB and Eliminate Malaria in Africa by 2030 during the 27th African Union (AU) Summit in Kigali. The framework outlines a pathway to “eliminate malaria incidence and mortality, and prevent its transmission and reestablishment in all countries by 2030.” By building Africa-wide consensus, leaders have charted a pathway to malaria elimination.

H.E. President Idriss Déby Itno of Chad, current Chair of the AU, AIDS Watch Africa and of ALMA, urged leaders to redouble their efforts to sustain existing donor funding and ramp up domestic resources to ensure the success of the roadmap and implementation of innovative health solutions to eliminate malaria.

“Today, Africa’s leaders have again shown their commitment to the fight to end malaria, HIV/AIDS and TB by adopting the Catalytic Framework to end AIDS, TB and Eliminate Malaria by 2030 with clear targets and milestones. Through our continued leadership and increased cooperation to finance and provide lifesaving anti-malaria interventions, we can sustain our momentum and achieve a malaria, HIV/AIDS and TB -free Africa” said Idriss Déby Itno, President of Chad and Chair of the African Leaders Malaria Alliance (ALMA)

A ground-breaking coalition of 49 heads of state and government, ALMA has worked with governments to keep malaria high on the national and international development agenda since its founding in 2009.

“African leadership is our most powerful weapon in the war against malaria,” said Joy Phumaphi, Executive Secretary of ALMA. “In renewing their commitment to fight malaria and endorsing a framework to get us there, African leaders have brought us one step closer to an Africa free of malaria.”“Eritrea has long been committed to the fight against malaria and is making great strides scaling up coverage of anti-malarial interventions for all Eritreans.

Earlier this year, Eritrea received the 2016 ALMA Award for Excellence for achieving the Millennium Development Goals (MDGs) target for malaria.

The adoption of the Catalytic Framework will help Eritrea achieve malaria elimination by 2030.”

Joining other African heads of state and government, Eritrea committed to the full support of, and compliance with the requirements of the Africa Centers for Disease Control and Prevention as well as the International Health Regulations focusing on improved quality data collection, analysis and sharing. Countries committed to the strengthening of health systems, accountability and community engagement.

The meeting pushed for the accelerated implementation of the Pharmaceutical Manufacturing Plan for Africa; emphasizing the need for improved quality of locally produced commodities as well as access and affordability. The Chair emphasized the importance of local manufacturing in each sub region as a vehicle for both improved health services and employment creation.

Leaders at the Summit also commended international donors – calling on partners to fully replenish the Global Fund to Fight HIV/AIDS, Tuberculosis and Malaria this year at the Global Fund Replenishment Conference. They committed to increased domestic financing from both the public and private sectors and endorsed the domestic financing scorecard introduced by the AUC.

The Catalytic Framework was adopted and it defines continent-wide goals for HIV/AIDS TB, and Malaria, focusing on the guiding principles of country ownership and leadership, financial and political commitment, equal access to health services for vulnerable and hard-to-reach populations, and robust surveillance and response systems. It outlines milestones and targets, with the aim of reducing malaria incidence and mortality rate by at least 40 percent by 2020, and 75 percent by 2025; With the ultimate goal of eliminating malaria, and preventing re-establishment in all African countries by 2030.

Founded in 2009, the African Leaders Malaria Alliance is a ground-breaking coalition of 49 African Heads of State and Government working across country and regional borders to achieve a malaria free Africa by 2030.

ALMA provides African leaders with a forum where they can track their progress, share best practices and address challenges as they fight malaria in their countries. The ALMA Scorecard for Accountability and Action and the ALMA 2030 Scorecard towards Malaria Elimination are important management tools which track progress and drive action. These tools have proven so effective in boosting malaria control efforts that ALMA members requested a similar tool to support country level scorecards for malaria control and elimination.