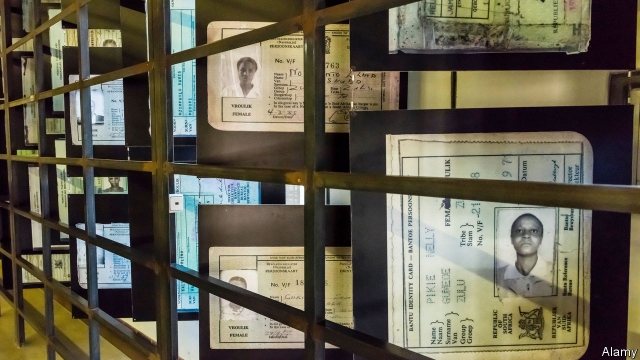 The first thing that visitors to the Apartheid Museum in Johannesburg see is a wall of identity cards—the pieces of paper that determined where people could live and work and whom they could love. From the outset, the apartheid regime’s ability to discriminate against “nie-blankes” (non-whites) depended on having a robust system of identifying people.

The opposite problem confronts most other countries in Africa today. Governments have little idea who their citizens are. Around the world, about one billion people lack official proof of their identities, reckons the World Bank. Such citizens cannot, in many cases, get services such as health care, welfare and education. They also struggle to exercise their rights to vote or live in their home countries. States need this information, too. Without it, governments have no idea whom to tax, conscript and protect, or where to allocate resources.