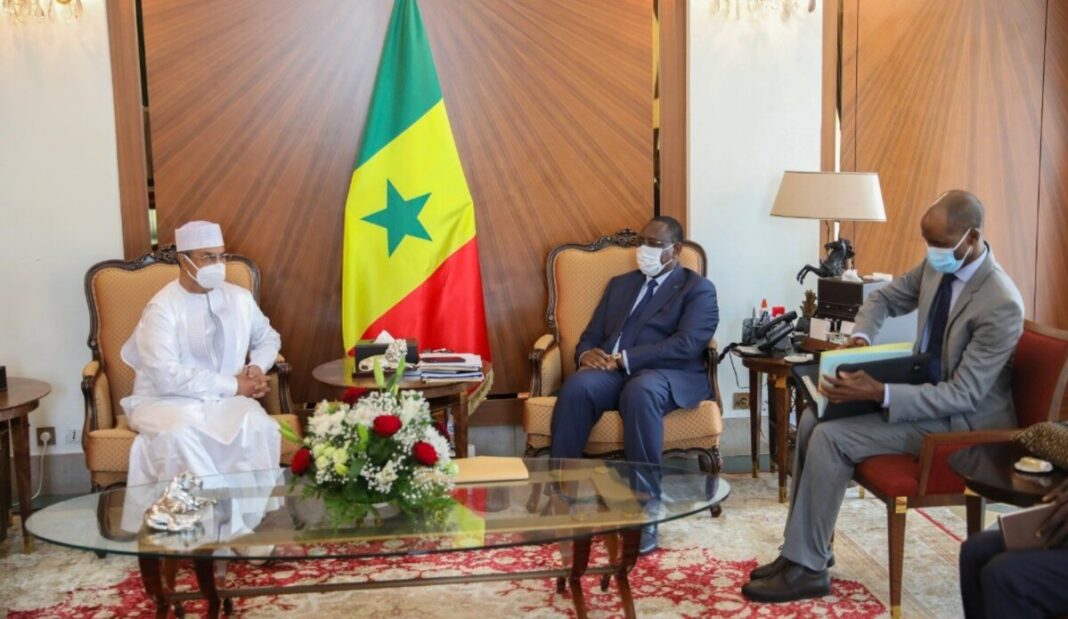 The Security Council will hold a briefing, followed by consultations, on West Africa and the Sahel. The expected briefers are Special Representative and head of the UN Office for West Africa and the Sahel (UNOWAS) Mahamat Saleh Annadif, Executive Director of the UN Office on Drugs and Crime (UNODC) Ghada Fathi Waly and a representative from the People’s Coalition for the Sahel, which is an alliance of Sahel-based and international civil society organisations. Ghana and Ireland, the co-penholders on UNOWAS, plan to propose a presidential statement in connection with this meeting, as has been the practice following the biannual briefings on UNOWAS. Ghana and Norway may also announce their proposal for a resolution on piracy and armed robbery in the Gulf of Guinea.

Annadif will present the Secretary-General’s latest report on West Africa and the Sahel, which covers political, security and socio-economic developments and trends in the region during the period from 18 June 2021 to 21 December 2021. On 5 September 2021, Guinea became the third country in West Africa and the Sahel to experience a military takeover in the past year and a half, joining Mali and Chad, when special forces carried out a coup d’état against President Alpha Condé. The coup leaders, according to the Secretary-General’s report, appeared to enjoy the support of national stakeholders; Condé’s ouster followed his changing of the constitution to run for a third term in 2020. The Economic Community of West African States (ECOWAS) imposed sanctions on the members of the National Committee for Reconciliation and Development (CNRD)—which was formed by the coup perpetrators—and their families. ECOWAS has also called for a six-month transition period to restore constitutional rule. While a civilian government was established in October 2021, authorities have yet to present a timetable for elections. The CNRD has said that the elections timetable should be elaborated by the transitional parliament, which has not yet been formed.

Annadif may describe his engagement on the situation in Guinea. He might reiterate concerns expressed in the Secretary-General’s report about a “democratic retreat” across parts of the region, while welcoming ECOWAS’ commitment to review the 2001 Supplementary Protocol on Democracy and Good Governance, which aims to counter the trend of unconstitutional extensions of presidential mandates and coups d’état. Annadif is likely to commend the presidential elections in Cape Verde and The Gambia, which were held on 17 October 2021 and 4 December 2021, respectively. In The Gambia, President Adama Barrow was re-elected in the country’s first presidential poll since December 2016, when Barrow defeated long-time ruler Yahya Jammeh—whose refusal to accept the election result led to an ECOWAS military intervention.

The volatile security situation in the region, especially in the Sahel, is another likely focus of Monday’s meeting. Despite national, regional and international efforts, terrorist groups continue to expand their areas of operation, attacking security forces and civilians and fuelling intercommunal violence, particularly in northern and central Mali, Burkina Faso and parts of Niger. Nigeria faces multifaceted security challenges, including the Boko Haram insurgency—despite recent setbacks to the group from internal fighting and increased military pressure—and worsening violence by criminal gangs in Nigeria’s northwest. The threat of Sahel-based groups expanding into coastal states remains a matter of concern, according to the Secretary-General’s report. Annadif is likely to highlight that the violence continues to exacerbate the humanitarian situation. During the period covered in the Secretary-General’s report, the number of internally displaced persons across the Sahel increased by 200,000 to 5.5 million, mostly driven by insecurity in Burkina Faso and Mali. Almost 20 million people face severe food insecurity, and 5,400 schools are closed—an increase from 5,000 since the Council’s last UNOWAS briefing in July 2021—with 13 million children out of school.

Council members value UNOWAS’ good offices activities, conflict prevention role and its cooperation with regional organisations. Monday’s session will be first time members address last year’s coup d’état in Guinea. They may express support for ECOWAS efforts to restore constitutional rule. While the Council will meet to discuss Mali the following day (11 January), some members may reiterate during Monday’s meeting the need for Mali’s transitional authorities to organise elections. They may also refer to decisions ECOWAS may take at its upcoming summit on 9 January regarding Mali’s proposal to extend its transition period from the original 18 months by anywhere from six months to five years. At a summit last month, ECOWAS threatened further “economic and financial” sanctions if, by 1 January, there was no concrete progress in preparing for presidential and legislative elections scheduled for 27 February.

Some Council members may reiterate, in addressing the deteriorating security situation, the need to increase support to the Group of Five for the Sahel Joint Force (FC-G5S), which comprises troops from Burkina Faso, Chad, Mali, Mauritania and Niger to combat terrorist groups. The Secretary-General has recommended establishing a UN support office to provide logistical support to the FC-G5S through UN assessed contributions, but Council consideration of the proposal has remained deadlocked amid UK and US opposition. Some members may condemn the deployment of mercenaries to Mali amid reports that the Russian private security company Wagner Group is now present in the country. Malian transitional authorities have denied the reports, saying that these are Russian trainers who are present as part of bilateral cooperation with Moscow.

Council members are also likely to highlight the need for holistic approaches to address root causes of instability, such as poverty and weak governance. The Secretary-General’s UNOWAS report provides an update on such initiatives: the UN Integrated Strategy for the Sahel, the Regional Strategy for the Stabilization, Recovery and Resilience of Boko Haram-affected areas of the Lake Chad Basin, and the recently initiated Liptako-Gourma Stabilization Facility. Annadif might note that UNOWAS is finalizing a study on climate change and security. Additionally, UNOWAS, in cooperation with Ireland, former Council member Niger and ECOWAS, has started preparations for a regional conference on “Climate Change, Peace and Security in West Africa and the Sahel”, to be held in the first quarter of 2022.

The civil society briefer is also expected to focus on the need for holistic approaches that go beyond military solutions. The briefer is likely to present the People’s Coalition for the Sahel’s four pillars. These emphasise that responses to the crisis in the Sahel must prioritise the protection of civilians; a political strategy that addresses the root causes of insecurity; increased humanitarian assistance; and ending impunity, including for abuses committed by national and international forces.

Waly is likely to focus much of her remarks on maritime security in the Gulf of Guinea. According to UNODC, there were 84 maritime attacks and 130 people were kidnapped during 2020, as piracy in the Gulf of Guinea has shifted over the last decade away from cargo and oil theft and towards kidnapping seafarers for ransom. Briefing the Peacebuilding Commission in June 2021 about piracy in the Gulf of Guinea, Waly presented a UNODC study showing that about six Niger-Delta based pirate groups, with 30 to 50 members each, have the capacity to operate in deep waters in the Gulf of Guinea and earn about $4 million per year from kidnappings. A more recent report by UNODC and the non-profit Stable Seas—which was launched at a 7 December 2021 event in New York hosted by Ghana, Nigeria and Norway and may be mentioned at Monday’s meeting—focused on piracy’s direct and indirect costs for 12 Gulf of Guinea states, which are estimated at $1.925 billion annually. Council members may also be interested in hearing more about the dynamics between terrorist groups, piracy and drug trafficking in the region.

Ghana and Norway have been consulting with Council members and regional states on their initiative for a resolution on Gulf of Guinea piracy. The resolution is intended to generate renewed attention to the problem, ten years since the adoption of resolution 2039 of 29 February 2012, which was the Council’s last resolution on the issue.