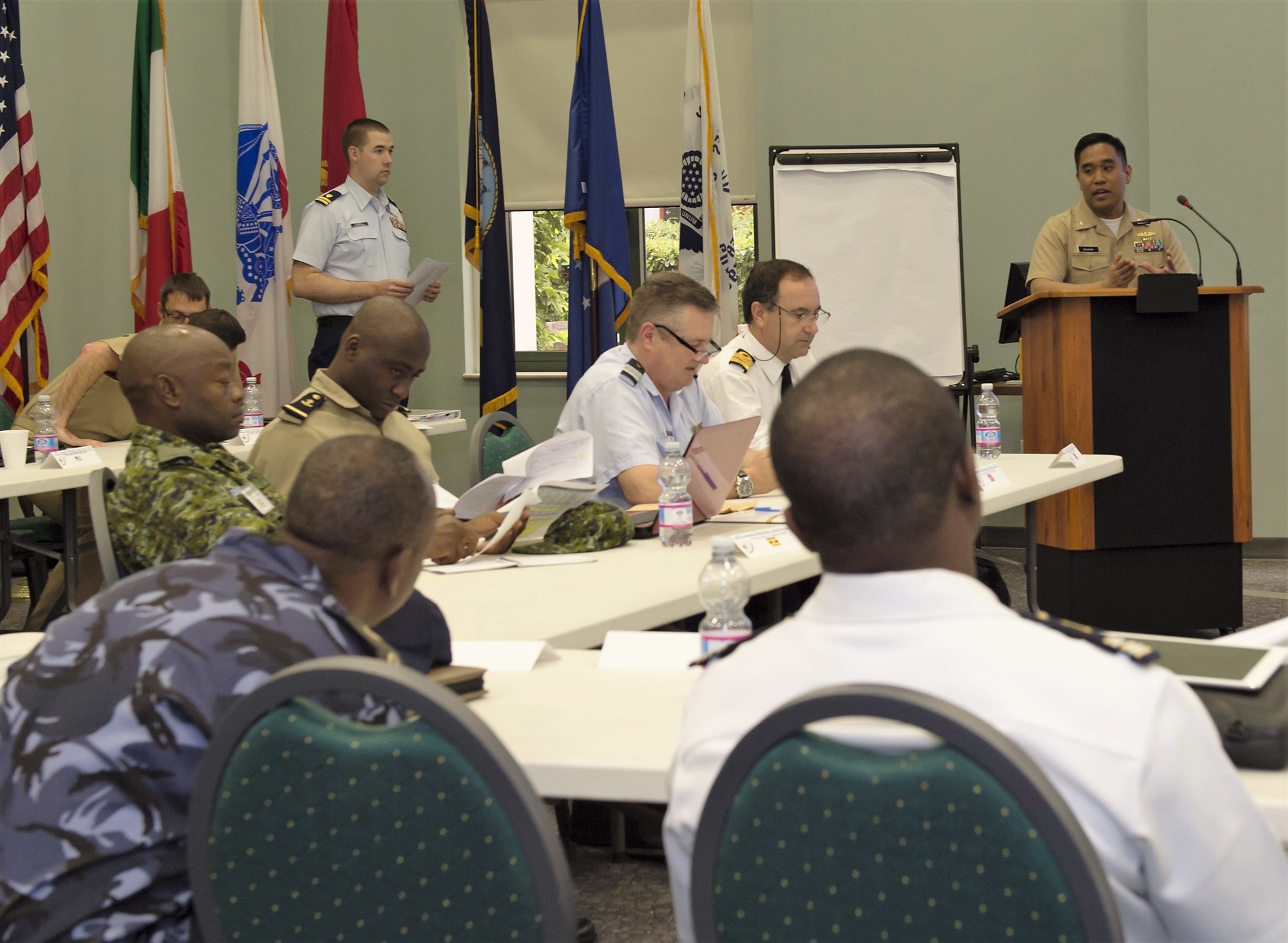 During the conference, planning personnel met with representatives from individual countries to determine how their training needs can best fit in with the AFRICOM theater campaign plan and produce a schedule for activities during the next fiscal year,” said U.S. Navy Cdr. Robert Bulatao, AFRICOM maritime programs officer.

In addition to the scheduling activities, discussion panels on several maritime security related subjects intended to inform and evoke dialogue were held.

All participants contribute to capacity building efforts in Africa.  “Partnering with our friends in Africa and from other regions helps to create a more stable and secure Africa, at sea and on land as well,” said Bulatao.

A participant from Cameroon, Capt. Sylvestre Fonkoua Mbah is a naval officer currently serving as the Chief of the Multinational Maritime Coordination Center (MMCC) in Douala.

“It is also a good opportunity to set up a primary network built on trust amongst the experts of Africa and Europe that can really help information sharing needed to tackle transnational maritime crimes in the African maritime space,” said Mbah.

“The APS planning conference provides a forum for partners to cooperate with each other and AFRICOM in terms of adequate training and the use of available partner assets patrolling in the Gulf of Guinea waters, particularly in its economic and exclusive zones where he said they do not have capable assets to do surveillance.

He concluded by saying that the conference allowed participants to share experiences and to capitalize on lessons learned and to build capacity for turning African maritime challenges into opportunities.

In that light, Mbah cited that communication is one of the main challenges and suggested establishing a simple chat feature in email to better facilitate opportunities for information exchanged among partners.

During the conference, attendees worked to identify capabilities necessary to achieve regional maritime security goals.The conference provided a forum for discussion to achieve dialogue on maritime issues that affect all African nations.Planners from participating nations took the opportunity to map out APS events for their respective nations that align with their country’s maritime strategy and overall regional framework.

APS, which began 2007 with a U.S. ship deployment to West Africa, has evolved to be an international collaborative initiative that is a continuum of efforts executed year-round using a combination of fly-away training teams, exercises and ship deployments. These activities leverage existing codes of conduct in order to foster greater interoperability in a regional context.