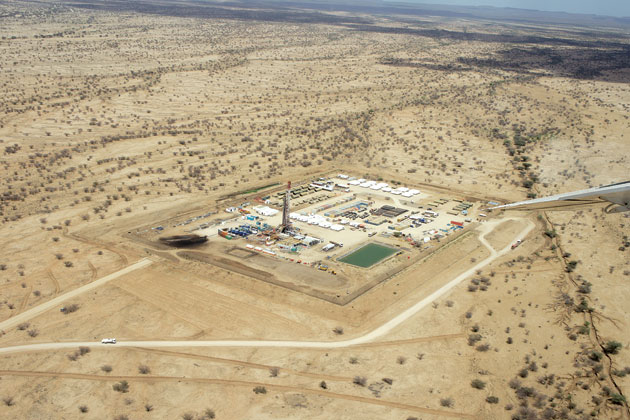 NAIROBI (HAN) March 7, 2016. Public Diplomacy & Regional Security News. Canada’s Africa Oil will scale down exploration this year due to the uncertainty in global prices, said the company as it reported having spent $207 million (Ksh21 billion) on its Kenyan operations.

Africa Oil and its UK-based partner Tullow — which have discovered oil in Turkana County — will drill only one well this year due to the low price of oil in the international market that is discouraging investment in new resources.

“In light of oil industry conditions, drilling activity was significantly reduced during 2015. Four rigs were active at the beginning of 2015 while the company ended the year with one rig active. The company incurred $219 million (Ksh22 billion) of intangible exploration expenditures in Kenya for year ended December 31, 2015,” said the firm when it released its end of year results last week.

Oil is at the $33 (Ksh3,400) per barrel level but prices have started showing signs of recovery over the last few weeks. The prices have fallen from $110 a barrel in mid 2014.

Africa Oil said for 2016 the only exploration that would be carried out is the current drilling of a well in the country’s Kerio Valley.

“Outside of the South Lokichar Basin, the Africa Oil-Tullow joint venture new basin opening exploration drilling programme is focused on the Cheptuket well in Block 12A (Kenya), a commitment which is currently drilling,” said the explorer in a statement.

The company is still confident that prices will recover.

Towards the end of last year the firm went on a capital raising campaign that saw it sell interests in its Kenyan and Ethiopian-based blocks to Danish conglomerate Maersk.

Should resources prove to be sufficient, Africa Oil stands to receive additional funds from Maersk.

“An additional $75 million (Ksh7.5 billion) development carry may be available to Africa Oil upon confirmation of existing resources. An updated assessment of contingent resources is currently ongoing,” said Africa Oil.