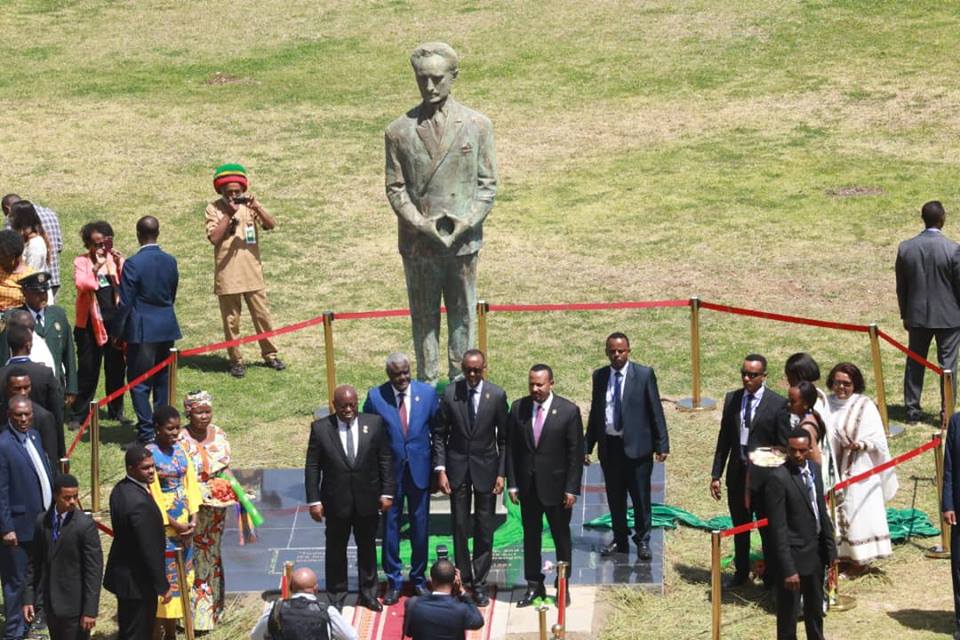 The Commemorative Statue of HIM Emperor Haile Selassie I was unveiled during the Opening Session of the 32nd AU Summit on Sunday (February 10), at the premises of the African Union Headquarters in Addis Ababa.

This has been described as another round of milestone achievement to Ethiopia and the entire continent.

HIM Emperor Haile Selassie I had played unparalleled leadership role in the establishment of what was then the Organization of African Unity (OAU) in May 1963, now renamed as The African Union.