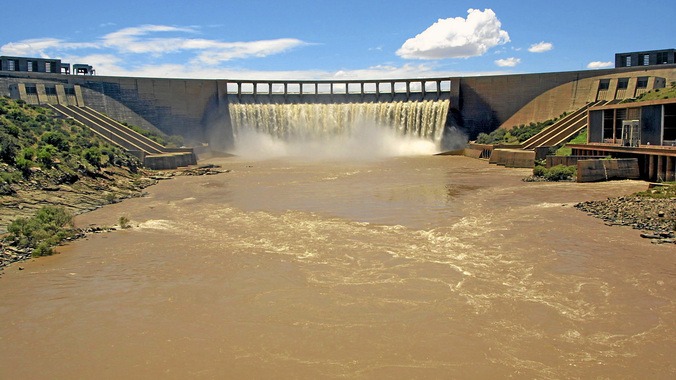 Addis Ababa (HAN) December 3, 2014 –  Expert Analysis, Your Power & Regional Influence Magazine, opinion page by. Zerihun Abebe Yigzaw.  Looking at the earth during a night flight across the continent Africa tells all the grim story of a darker and invisible continent; face it, it is not as illuminated as many continents are on earth – mainly Europe, North America and parts of Asia. Save for the North-Eastern corner of Africa (Egypt) and the southern tip (Republic of South Africa) the rest of the continent, home to a total of 54 countries, is dark.

What explains the stark difference in life between the illuminated and the darkened parts of the world may vary depending on who does the explanation; but the one simple and yet dominant difference lies in how much have countries in the non-illuminated continent done to harness their own resources to meet their energy needs, for providing energy is beyond illuminating the night. The irony is Africa’s hunger for energy is left unfed not because the continent lacks the potential but because what is available as a potential is not translated into an actual capacity. 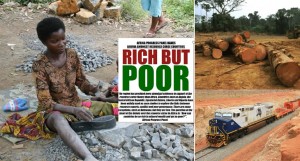 Whichever way one looks, Africa’s potential for any kind of energy source is enormous. It has more than 7% of the world’s reserve, 13% of the world’s hydropower and 8% of the world’s natural gas. Africa is also rich if it is to harness its wind across the coastal areas and even in the heartland and the solar energy across the Sahara. The potential for geothermal energy is also huge especially around the Great Rift Valley region. Yet despite this natural endowment and richness, Africa’s contribution to the world’s energy production remains at just about 3%.

Although access to energy was targeted as one of the Mil¬lennium Development Goals (MDGs), Africa’s energy poverty remains its biggest problem. Despite the now all too familiar rhetoric that Africa’s population is growing faster and the continent is home to the world’s fastest growing urbanization, which stands between 18% and 50%, access to energy remains the one narrative that continued casting a grim shadow over the continent.

Owing to the continent’s inability to develop and govern its energy infrastructure, much of its economy depends on the production of primary goods mainly agricultural, which in most part remains traditional and unproductive. Modernizing agricultural productivity cannot be attained without the provi¬sion of sustainable, affordable and dependable energy. It is also worth mentioning that increasing quality of life for the people of Africa directly depends on access to energy.

Hydropower is the answer

Countries such as USA, Canada and European countries as well as fastest growing economies such as China, Brazil and India have been heavily investing on hydropower plants for a number of reasons apart from generating energy. From the Hoover Dam and the Grand Coulee in the USA through the Itaipu in Brazil and Paraguay to the Three Gorges Dam in China, hydropower dams have played a crucial role in enhancing the economic performances of these countries.

While it is advisable to develop a system of integrating dif¬ferent energy sources, for Africa what is urgent is to harness its untapped water potential. The continent has so far utilized not more than 5% of its hydropower potential while it is safe to argue that it can provide the energy needs to its people from renewable energy sources mainly water.

Although there is an increasing debate on which alternative source of renewable energy is cheaper for the continent, for a number of reasons hydropower remains uncontestable due to its multidimensional benefits and viable advantage over other renewable sources such as wind, solar and geothermal.

First, as a poor continent Africa can ensure food security through investments on hydropower as the construction process can create jobs; and once it is completed a hydropower dam can be used for irrigation to boost agriculture as well as expansion of fisheries and tourism. This will further help Africa to better manage the environment as hydropower plants bring opportunities to solve problems associated with environmental degradation. In line with this, Africa can best contribute to mitigate effects of climate change – clean energy hydropower dams are characterized by insignificant greenhouse emissions.

Because the production cost of energy from hydropower dams and maintenance of the dam and turbines is low, it is also possible to provide affordable electricity to the poor. Ex¬pansions of hydropower plants also mean developing transboundary interconnectedness among African countries – creat¬ing better integration and helping power exporting countries earn more revenue from the sale of energy.

The way ahead is not a bed of roses

Today Africa looks more determined to harness its own resources to meet its energy needs as is evidenced in various continental initiatives such as Program for Infrastructure Development in Africa (PIDA). Part of this program is the development of hydropower plants in parts of the continent. African countries such as Ethiopia and Democratic Republic of Congo (DRC) are developing hydropower plants with tre¬mendous positive impacts in providing energy to the conti¬nent. Nonetheless, despite the rich potential and the practical exercises across the continent, Africa also faces huge financial, political, socio-cultural as well as technological challenges. Add to that the pressure from powerful “environmentalists” and anti-dam campaigners based in different parts of the world and the imminent negative impact such pressures have on countries in accessing finance from international sources. Ethiopia presents a case in point here.

The road to a hydropowered Africa is bumpy but if the continent wants to become a stable, peaceful, prosperous and self-reliant continent it has no option but find bigger solutions for its bigger problems. Addis Standard