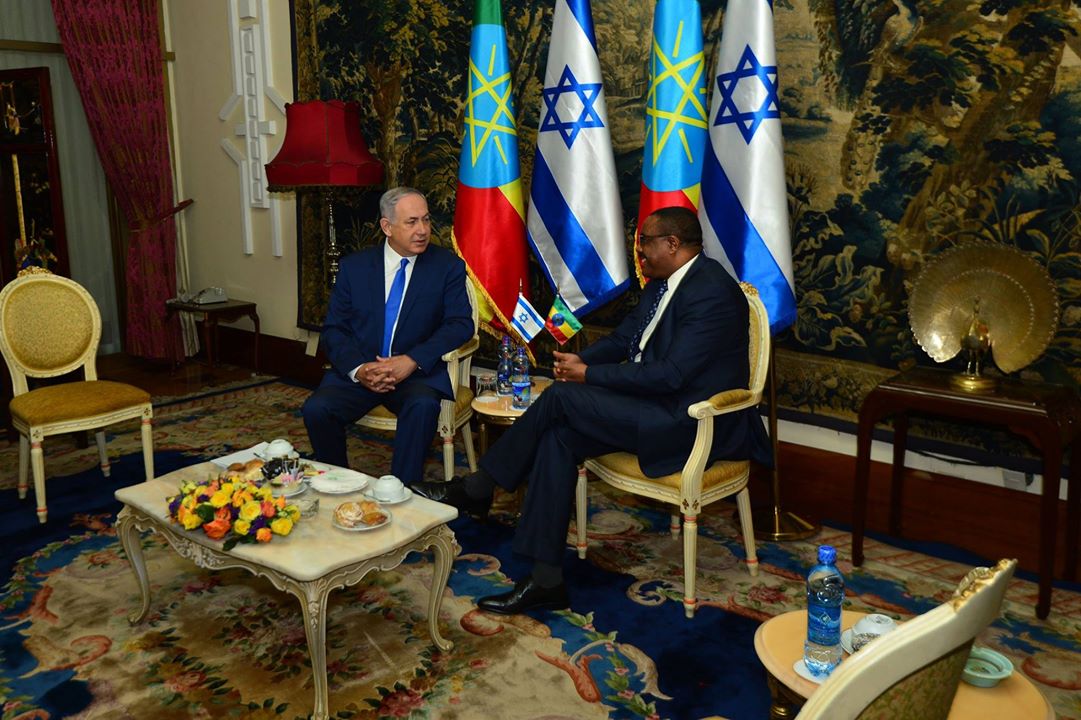 “Israel is working very hard in many African countries. There is no reason to deny this observer position to Israel,” said Ethiopian Prime Minister Hailemariam Desalegn, as Netanyahu began the last leg of his tour this week.

The position of observer is granted to some non-African countries that wish to engage with the AU, follow proceedings and address its gatherings.

Israel had been an observer at the AU’s predecessor organisation, but its status was not renewed at the AU’s founding in 2002.

The 54-member organisation, headquartered in Addis Ababa, would be an important diplomatic ally for Israel, as is Ethiopia which begins a two-year tenure as a non-permanent member of the UN Security Council in 2017.

Palestinian president Mahmoud Abbas has used his country’s AU observer status since 2013 to attend AU summits, deliver addresses and shore up diplomatic support in the long-running dispute with Israel.

Speaking in Addis Ababa, Netanyahu bemoaned the “gap between what is happening in practice … and in multilateral institutions”.

“Africa for us is a major strategic effort,” he said, repeating a mantra heard in Uganda, Kenya and Rwanda in recent days.

“All African countries can benefit from renewed cooperation with Israel,” he said. “Israel is coming back to Africa.”

Relations between Africa and Israel have been strained over the years. In the 1960s the Arab-Israeli conflict drove a wedge between African countries, many of which were embroiled in liberation struggles, and Israel.

Later, wars between Israel and its neighbours in 1967 and 1973 led North African nations to urge sub-Saharan African states to cut ties with Israel, which many did.

Israel’s support for the apartheid regime in South Africa – which ended in 1994 – also soured relations with much of the rest of the continent.

Though their relations later worsened, Israel helped establish the rule of Idi Amin in Uganda in the 1970s.

Hailemariam said differences can be overcome “by engagement, not isolation”.

“Israel needs to come to Africa, and we need to engage with Israel,” he said.

Netanyahu, who was accompanied by a 70-strong Israeli business delegation, praised the economic potential of Ethiopia and Africa at large.

“For too long Africa was treated like an afterthought by much of the world. Many focused on its problems, few saw its opportunities. No longer. We are clearly seeing Ethiopia’s potential and Africa’s potential,” Netanyahu said.

At least 17 people were arrested as hundreds of Ethiopian Jews protested against Israeli police brutality in Tel Aviv on Sunday, according to local media reports.

Last year, Israeli Ethiopians staged massive protests in Tel Aviv, Jerusalem and elsewhere after a video emerged of an Ethiopian soldier in the Israeli army being beaten by several officers.