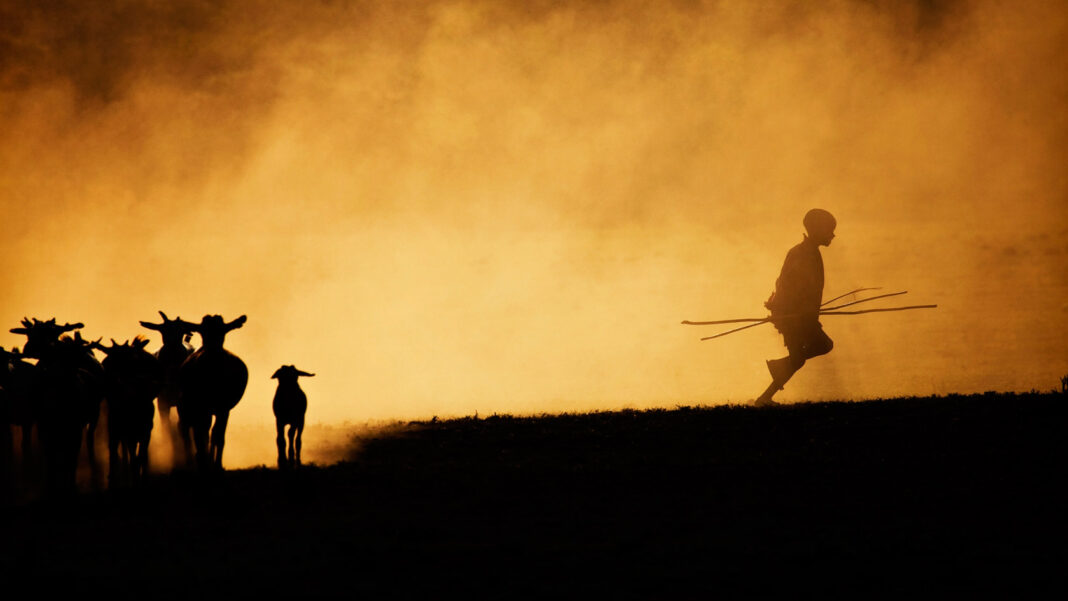 ADDIS ABABA (HAN) April 29, 2015 –Geeska Life Style. By:Valerie Bowden After the spate of xenophobic attacks, the warnings to South Africans in ‘foreign’ African countries and the general anxiety expressed about travel in Africa I thought this newsletter written by Valerie Bowden who traveled from Cape Town to Cairo, on her own, using only public transport – to be appropriate – Steuart Pennington.

In 2013, I backpacked from Cape Town to Cairo by myself using only public transportation.

I still remember before I went the desperate pleas from my mother begging me not to go – well, not just her, everybody I knew was concerned. My grandmother thought I would be eaten by a lion. My friends were confused, ‘Why can’t you just do the normal travel Europe thing?’ My coworkers said things like, ‘We just hope we don’t see you on the television,’ implying that my inevitable death would be so tragic I would make international news.

By the time I left I was almost as convinced as they were that I’d be shot during tribal crossfire, catch an unpronounceable disease, or be afflicted by whatever other scenario Hollywood always depicts Africa as being.

Now months after my trip, people still are amazed at my feat. I get it.

Not exactly the typical headlines coming from the continent.

In fact the headlines are mostly so stereotypical and so horrifically sensationalized that it’s no wonder that my site,Backpacking Africa for Beginners, receives questions from readers all over the world wondering if it’s actually safe to go to Africa.

In an effort to relay the truth and inspire more travelers to do what I did, here are six myths about traveling Africa that I discovered and experienced.

More importantly it neglects to highlight the many sole female travelers I met along the way. Girls like  Lizzy, Emily, and Pegah who were all traveling companion-less safely and with ease.

If anything girls might have it easier. People seemed much more likely to look after me because of my gender. Comments like, ‘This is how I would want someone to look after my sister, or mother or wife or other family member,’ were commonplace.

2. Traveling Africa is Too Dangerous

After seven months on the road, I experienced a total of zero criminal acts. In fact, after meeting more than a hundred other travelers, I only heard of two guys getting their wallets stolen.

I know it’s hard with recent events such as the shooting at the university in Kenya to feel comfortable. But I’ve also learned it’s unreasonable to assume a whole country, nonetheless, an entire continent is therefore off limits to travel. These isolated events are unpredictable worldwide and not limited to ‘Africa’.

After traveling to over 30 countries worldwide, I believe most African countries pose no greater threat to visit than anywhere else. In fact, I think tourists would be pleasantly surprised at how safe and secure they will feel during their trip.

3. You Need to Volunteer

Before my seven month Africa backpacking trip, I had only visited Africa once, doing volunteering work in Ethiopia. Up until that point, I always considered African countries somewhere you go on a mission’s trip, but not where you go to kick back and enjoy a margarita.

It wasn’t until after that first trip and then especially during my trans-continental backpacking trip that I realized that African countries are actually perfect tourist destinations. They have beautiful sandy beaches, majestic mountains, welcoming locals, and incredible wildlife. What more could you want?

4. A Safari is the One and Only Thing to Do

In Kenya, I rode an ostrich then visited a baby elephant orphanage. In South Africa I swam with sharks and drank wine that could trump Nappa Valley any day. In Sudan I visited the pyramids of Meroe. In Zimbabwe, I watched the sunset over Victoria Falls on a lounge chair at a luxurious lodge. In Uganda I trekked gorillas and white water rafted on the Nile. I could go on ………..and on.

The point is there is more to do than a safari. Yes, getting up close to a lion feasting on its prey or watching wildebeest cross the Serengeti is absolutely extraordinary, but it doesn’t have to be the only thing on your agenda.

I used to think all of Africa was well—Africa. That is until I did my first border crossing from South Africa to Mozambique. Suddenly, I was being addressed in Portuguese, I was served a unique fish dish, indigenous to that country alone, and the streets looked remarkably different. Thirteen countries later I found out that African countries havee as much in common as the United States and Mexico. Each one differs in language, politics, culture, customs, geography, development, food, religion and history.

That’s what I found so exciting about traveling Africa though, despite months on the road, was the anticipation of experiencing completely new and different things in each country.

6. You Will Get Sick

The recent Ebola crisis made the world scared to go anywhere near the continent. Not realizing that the continent is so enormous that many African countries were as far away from the infected ones as New York or Paris are.

A disease outbreak like this is rare. For normal every day stuff, most illness can be prevented. I stayed healthy my entire trip by getting a few vaccines before I left, remembering to take my malaria pills in infested areas, and popping a couple antibiotics for the occasional minor infection. Getting sick did not happen to me and I did not come across many stories of illness.

My stories of backpacking through Africa can be found on the www.sagoodnews.co.za website. Search Travel Blog and my name. They are a great read and will inspire you.

And, if you want to learn more about traveling Africa, and how you too can backpack the continent, check outwww.backpackingafricaforbeginners.com