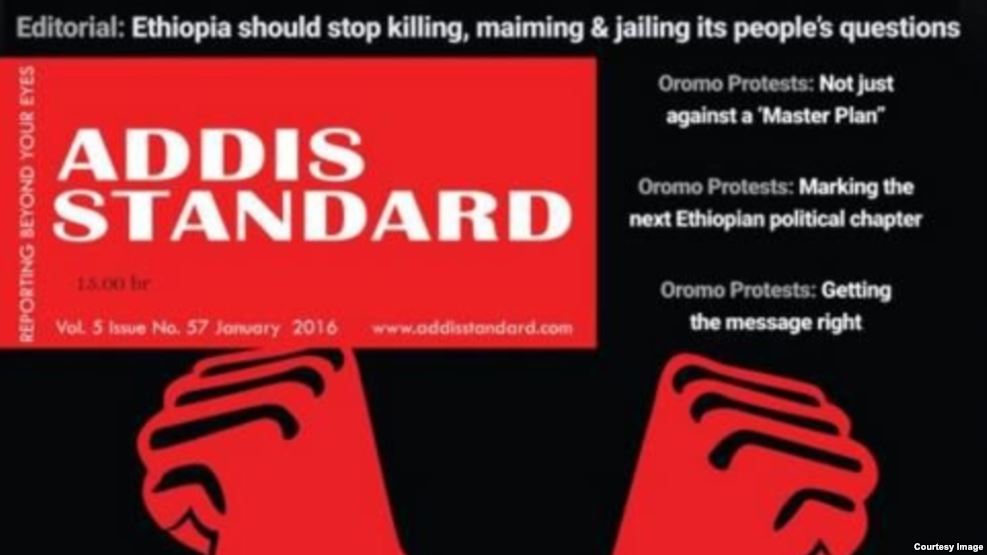 The Addis Standard said Tuesday it has become increasingly difficult to operate during the state of emergency, which has restricted some rights and given security forces the power to detain suspects without court orders.
The magazine announced the news “with a sense of unease” on Facebook but hinted that it will continue posting articles on its website.
The Addis Standard recently published a series of articles criticizing Ethiopia’s government for its handling of the Oromo protests that began in November 2015. The anti-government protests have widened to other regions.
The Committee to Protect Journalists calls Ethiopia one of the world’s 10 “most censored countries.”