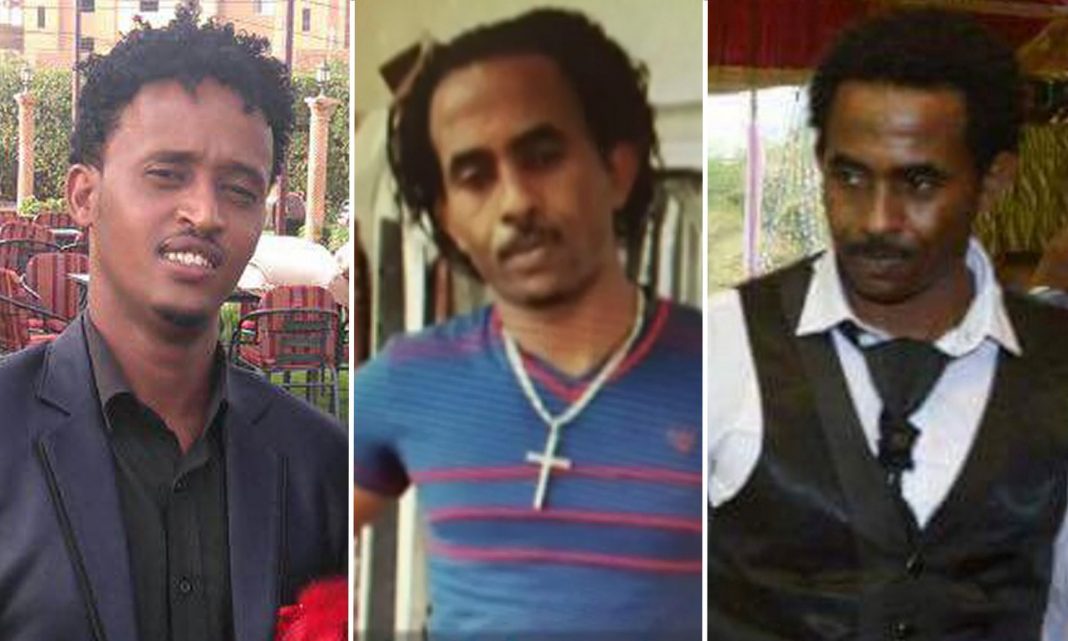 PALERMO (HAN) November 22.2016. Public Diplomacy & Regional Security News. By Wladimir Pantaleone.  An alleged people smuggling kingpin arrested earlier this year appeared in an Italian court for the first time on Tuesday as his lawyer raised doubts about whether his identity was mistaken.

The man, identified as Medhane Yehdego Mered, was arrested in Sudan in May and extradited to Italy two weeks later. Prosecutors accuse him of being a people smuggler who calls himself “the General” after the late Libyan dictator Muammar Gaddafi.

But the accused man’s lawyer said it was a case of mistaken identity, and that his client was an Eritrean refugee called Medhanie Tesfamariam Behre who wanted to emigrate to Europe.

Guards escorted Behre to a cell surrounded by bullet-proof glass for the hearing.

The official start of the trial was immediately postponed at least until Nov. 28 after prosecutors challenged the presence of one of the three presiding judges, saying he had been involved in the investigative phase of the case.

The defence lawyer, Michele Calantropo, said the identity of the accused should be settled before the trial begins, but discussion of the case was pushed back until the composition of the three-judge panel is finalised.

“We have found witnesses and documents that show the person who is on trial is not Mr. Medhane Yehdego Mered, but a poor boy, Medhanie Tesfamariam Behre, who is a refugee like many others,” Calantropo said after the hearing.

Calantropo showed Reuters a picture of Behre graduating from a plumbing school in Eritrea in 2010, when prosecutors allege “the General” was in Libya.

The defence has also scheduled a Dec. 2 voice comparison to determine if the prosecution’s recordings of the people smuggler’s telephone conversations match Behre’s voice.

Calogero Ferrara and Claudio Cammilleri, prosecutors in the Sicilian capital of Palermo, say they captured the right man although they accept that they may have got his name wrong.

They also say that the original picture of their suspect, which bears little resemblance to the arrested man, was discovered to be of someone else not related to the case.

The case underscores the pitfalls of tackling people smuggling to Europe from Africa.

Italy coordinated the arrest with Britain’s National Crime Agency and Sudanese authorities, the first time a suspected trafficking kingpin was tracked down in Africa and brought to face justice in Europe since the migration crisis started three years ago.

If it turns out the wrong man was seized, it would be a huge blow in their battle against traffickers who have shipped some 500,000 migrants across the Mediterranean Sea to Europe since 2014. (Reporting by Wladimir Pantaleone and Reuters TV; Writing by Steve Scherer; Editing by Helen Reid)