Home Djibouti A Week in the Horn 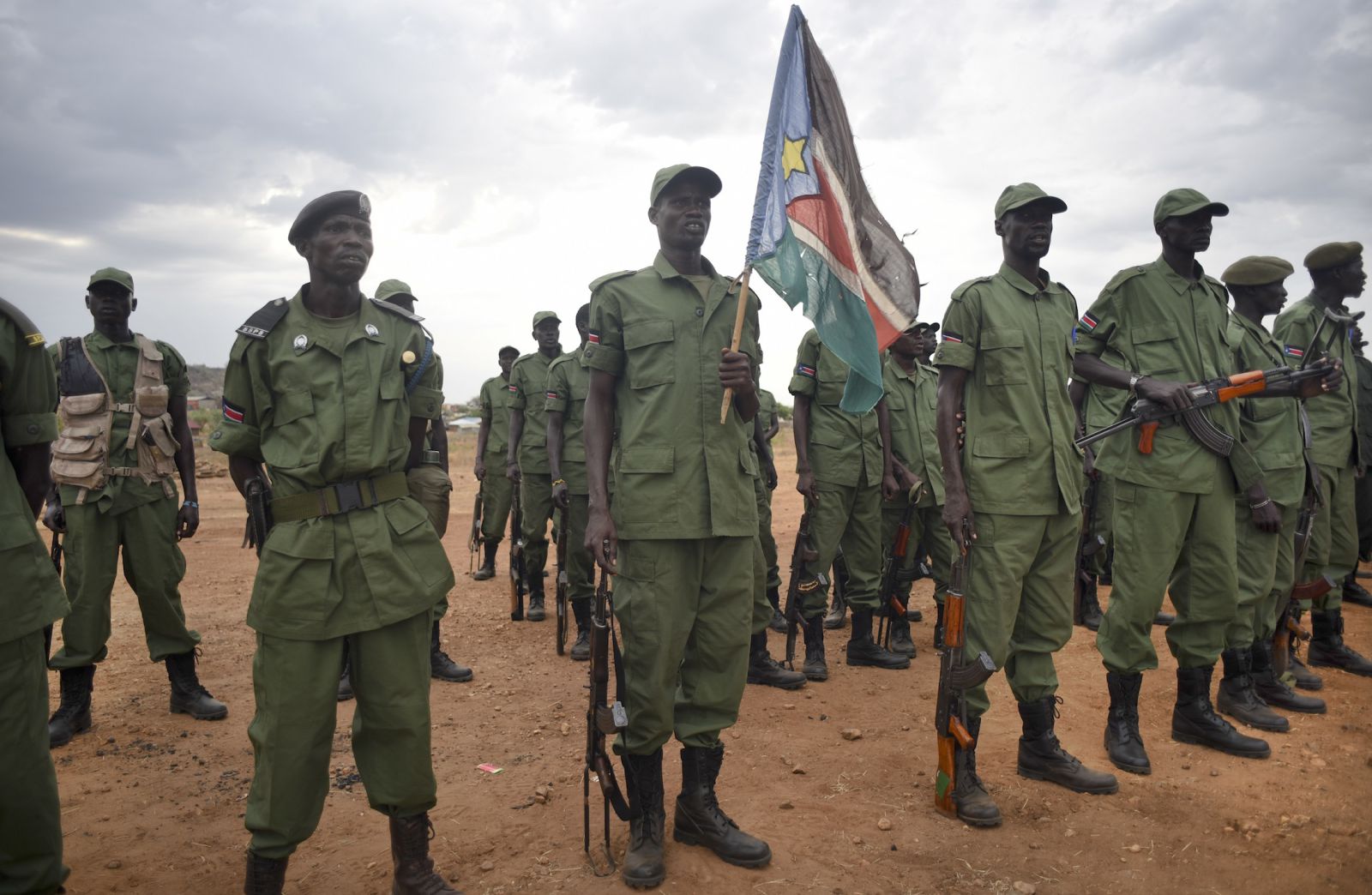 The 29th Ordinary Session of the Executive Council Kicked off this week on Wednesday (July 13) at the Kigali Convention Centre (KCC), Rwanda. The official opening of the council sturdily denounced the conflict in South Sudan.

A delegation from the African Union headquarters in Addis Ababa arrived in Mogadishu on Monday (July 11) on a pre-election assessment mission, ahead of the elections, scheduled for August and September. The four-member delegation was there to look at elections preparedness and identify areas for further support. (See article)

IGAD with support from UNOCHA and the UNDP held a health ministerial level meeting to discuss Regional Preparedness and Response for Outbreaks and Epidemics on Wednesday (July 13) in Nairobi. Discussions covered immediate, midterm and long term measures to prevent the spread of cholera in the Mandera triangle, in the border areas of Kenya, Somalia, Ethiopia and to develop a contingency plan with specific strategies to respond, prevent and control any further outbreaks as well as strengthen the overall integrated outbreak surveillance and response system in IGAD region.

Ethiopia’s Prime Minister and IGAD Chairperson, Hailemariam Desalegn on Sunday (July 10) warned that both the Government and the opposition in South Sudan were “duty bound to exercise restraint and avoid any measures that are likely to escalate the situation.”  Any extension of the current crisis, and a return to open conflict, he said, “could result in a return to the previous widespread violence against civilians.”

Ethiopia’s Minister of Finance and Economic Cooperation, Abdulaziz Mohammed met with Badr-Eddin Mahmoud in Khartoum on Wednesday (July 13, 2016) where the two sides reiterated the importance of expanding economic cooperation.

Ethiopia participated in the “Eco-Forum Global Annual Conference 2016” held in the city of Guiyang, in Guizhou Province of China, last weekend (July 8 – 10.) The conference, under the theme of “Embracing New Era of Eco-Civilization: Advancing Green Development, Unifying Knowledge and Action”, attracted over a thousand delegates from 72 countries, and Ambassador Seyoum Mesfin headed Ethiopia’s delegation. (See article)

The US State Department’s 2016 Trafficking in Persons Report classifies Ethiopia as Tier 2 country and says it was “making significant efforts” to fully meet the minimum standards for the elimination of trafficking. The report noted the comprehensive anti-trafficking law passed last year and the revised overseas employment proclamation improving oversight of overseas recruitment agencies and extending greater protections to potential victims. (See article)

The Metal and Engineering Corporation (METEC) signed a Memorandum of Understanding with the Government of Somalia on Saturday (July 9) to build up Somalia’s industrial capacity. The agreement covers job creation and poverty reduction as well as constructing manufacturing sites, rehabilitating industrial places and building up human capacity.

The US Department of State’s 2016 Trafficking in Persons Report is yet another damning and highly critical report on Eritrea, which it classifies at the lowest level of Tier 3. It says firmly: “The government continues to be complicit in trafficking through the implementation of national policies and mandatory programs amounting to forced labor within the country, which cause many citizens to flee the country and subsequently increases their vulnerability to trafficking abroad.” (See article)

Addressing the UN General Assembly during the High Level Dialogue on Human Rights this week (July12-13) Ambassador Girma Asmerom, Permanent Representative of Eritrea accused the UN Human Rights Council of politicization and double standards. He criticized country specific mandates, which he claimed seek to punish and isolate countries rather than engage and assist them to fulfill their human rights obligations. He attacked Ethiopia’s  “illegal occupation of sovereign Eritrean territories”; and what he called “unjust sanctions imposed by the United Nations Security Council, for reasons which were fabricated.”

Indian Prime Minister Narendra Modi held talks with President Uhuru Kenyatta in Nairobi on Monday (July 11) and agreed to further expand investment ties and diversify trade. The Indian Prime Minister was on the last leg of a four-country visit to Africa. India is Kenya’s largest trading partner and second largest investor. Mr. Modi signed seven deals including the provision of a $15 million credit for development of small scale and medium enterprises and $29.95 million to upgrade the Rift Valley Textiles (Rivatex) factory.

A high-level delegation from IGAD arrived in Belet Weyne, the capital of Hiiraan region, at the beginning of the week to try to persuade Hiiraan elders to attend the regional state formation for Hiiraan and Middle Shebelle in Jowhar. Hiiraan elders have demanded that the conference should be held in Belet Weyne and objected to what they called Federal Government interference.

AMISOM started a second phase of training for local police recruits in Kismayo last weekend to boost ability to maintain security. A statement from AMISOM said AMISOM police trainers would conduct the three-month training for 203 Jubaland police recruits until October. The course would focus on human rights observance and community policing as well as other areas

Somali Special Forces have dismantled “at least three Al Shabaab hotbeds” in the central Hiiraan region along its border with Middle Shabelle, the Somali Presidency said in statement on Sunday (July 12). Using helicopters, the special force units hit Al-Shabaab hideouts in the latest string of pre-planned anti-terror assaults jointly coordinated by the Somali government, AMISOM and the US.

Ethiopia’s Prime Minister and IGAD Chairperson, Hailemariam Desalegn on Sunday (July 10) warned that both the Government and the opposition in South Sudan were “duty bound to exercise restraint and avoid any measures that are likely to escalate the situation.”  Any extension of the current crisis, and a return to open conflict, he said, “could result in a return to the previous widespread violence against civilians.”

The official opening of the 29th Ordinary Session of the Executive Council which Kicked off this week on Wednesday (July 13) at the Kigali Convention Centre (KCC), Rwanda, sturdily denounced the conflict in South Sudan.

South Sudan rejected the deployment of extra troops in Juba. President, Salva Kiir on Thursday (July 14) said his government “will not accept a single soldier” to back peacekeepers as demanded by regional leaders and the United Nations.

United Nations peacekeepers in South Sudan are demanding unrestricted access to all corners of the capital, Juba, following four days of deadly clashes between rival forces that forced thousands of civilians out of their homes.

The U.S. Africa Command said on Wednesday (July 13) that it had deployed about 40 soldiers to Juba following the days of clashes that left hundreds dead. It said the troops were sent to Juba to safeguard the U.S. Embassy and help carry out a State Department order for non-essential personnel to leave the country.

New Arab League Secretary General on Thursday (July 13) reaffirmed the support of the regional body to a Sudanese initiative for Arab food security to be discussed during the upcoming summit.

Chair of the energy committee at the Sudanese parliament Hayat al-Mahi on Monday (July 11) expressed concern over the impact of the armed conflict in South Sudan on Sudan especially with regard to oil pumping.

The Sudanese Interior Ministry revealed on Wednesday (July 13) that radical groups have been working to recruit citizens in some Darfur states.

Head of Sudan’s parliamentary committee on defence and security Ahmed Imam al-Tuhami on Tuesday (July 12) demanded the concerned government organs to take the necessary measures to receive a new wave of refugees expected to flee fighting in South Sudan.