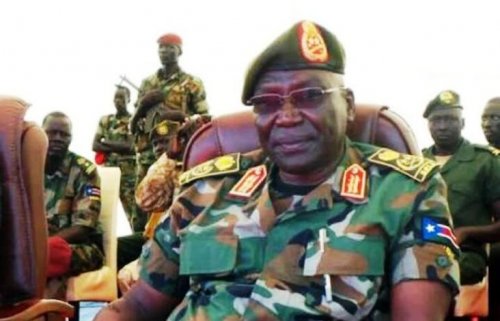 Speaking on behalf of the defectors in the state capital, Bentiu on Saturday, the commanding officer, Major Gen. Nyal Tut Toat, said their defection was in response to the Bentiu Peace Initiative of the state governor, Joseph Monytuil.

“Today, we are declaring our allegiance from SSUF under Gen. Paul Malong Awan to SSPDF under the leadership of our able President General Salva Kiir Mayardit,” he explained.

Tut said is it time for those who took up arms against the government to join the peace initiative and ensure sustainable peace is achieved.

“I therefore appeal to fellow comrades, especially those still taking up arms against government to lay down weapons and join this initiative so that we collectively bring peace to our country,” he added.

According to the officer, there are at least 2,500 SSUF forces in Rubkona, Mayom and the Ruweng Administrative Areas of Unity State.

For his part, Governor Monytuil thanked the officers, Major Generals and the others ranks for declaring their allegiance to the South Sudanese government under the able leadership of President Kiir.

“We want peace to prevail in every corner of Unity State,” he remarked.

The rebel group, Gen. Malong is part of South Sudan Opposition Movements Alliance (SSOMA), a coalition of holdout opposition groups that signed a truce agreement with the government in Rome, Italy on January 12, 2020. 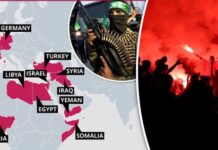