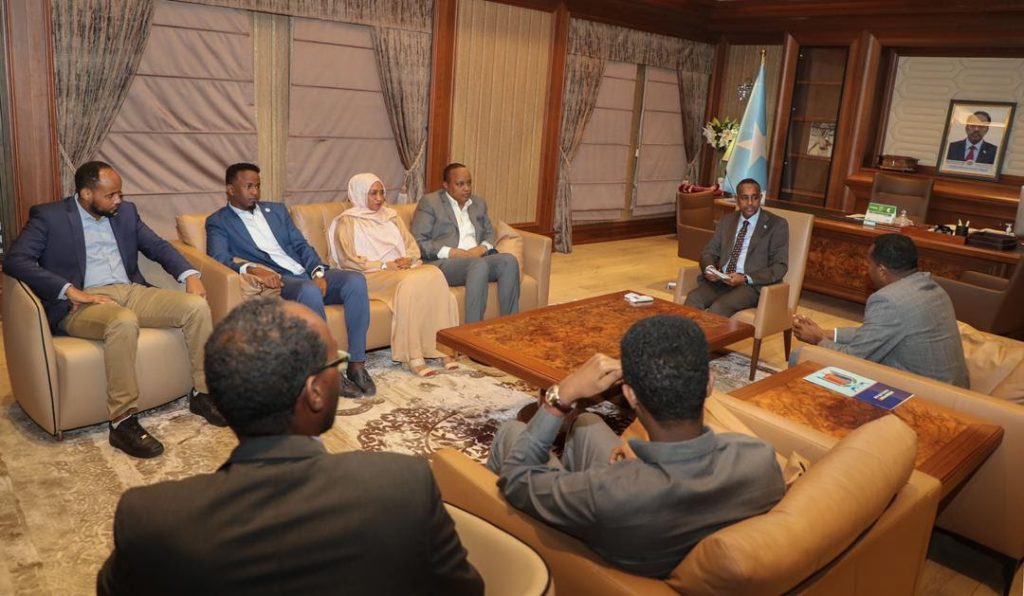 Share on Facebook
Tweet on Twitter
Mogadishu (HAN) November 3rd, 2020. Public Diplomacy and Regional Security.
Editor’s Note: Somalia’s Interior Ministry & Security are on high alert, since the Kabul University is over, with at least 25 dead and wounded. Deadly Taliban attack On Governor’s Volleyball-Playing Bodyguards points to armed Drone Use. The use of this low-cost and potentially high-reward tactic is growing around the world and its appearance in Afghanistan is hardly surprising. The newly Somali Security minister had a discussion with Turkish counterpart last week to mitigate any such terror attack in Somalia. The Turkish foreign office and military commander in Somalia did not respond to requests for comment.
Somalia Army Chief General Odowaa Yusuf Rageh told by phone Geeska Afrika Online (HANewline) that he had ordered special troops “to be fully prepared for similar actions against Al-Shabaab terror group, since Wanlaweyn ambush.”
“Police force and special internal security units have been put on first degree alert to reciprocate in case of continued similar attack inside Mogadishu Universities by the Al-Shabaab terror groups hiding inside Mogadishu,” the newly Internal Security minister told Geeska Afrika Online by Phone.
At least 22 killed after attack at Kabul University

AP: Islamic State militants in Afghanistan stormed Kabul University on Monday as it hosted a book fair attended by the Iranian ambassador, sparking an hours-long gun battle and leaving at least 22 dead and 22 wounded at the war-torn country’s largest school.

Most of the casualties were students and there were fears the death toll could climb further with some of the wounded said to be in critical condition.

It was the second attack on an educational institution in Kabul in as many weeks.

The Taliban promptly issued a statement denying it took part in the assault, which came as the insurgents continue peace talks with representatives of Kabul’s U.S.-backed government, with the aim to help the United States finally withdraw from Afghanistan. Later in the day, the Islamic State group claimed responsibility for the attack.

As the attack unfolded, students and teachers were seen fleeing the part of the campus where law and journalism schools are located, while hand grenades exploded and automatic rifle fire could be heard. Scores of Afghan special forces surrounded the campus, shepherding teachers and students to safety.

The 2nd recent attack by Islamic State:  The interior ministry’s spokesperson, Tariq Arian, said there were three attackers involved in the assault, all of whom were killed in the ensuing firefight.